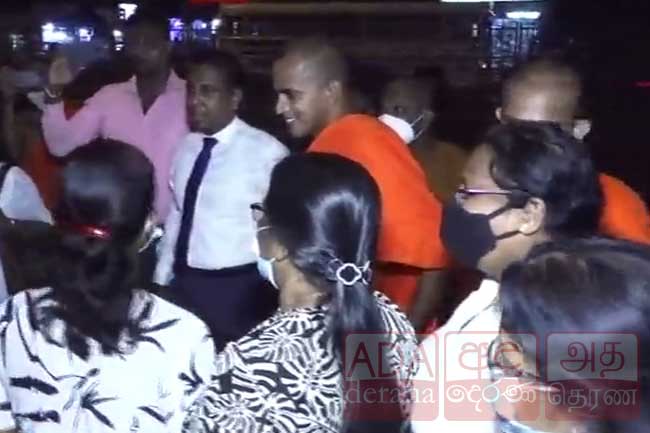 Ven. Jamburewela Chandrarathana Thero, who was arrested at Fort by police earlier today, has been rleased on police bail.

The other protester arrested along with the Thero has also reportedly been released on police bail.

Ven. Jamburewela Chandrarathana Thero and another protestor were arrested during a protest held this morning (April 08) in the Colombo Fort area.

Reportedly, some protestors had thrown stones and caused damages to a vehicle belonging to the Fort Police which had been deployed to control the protesters.

Ven. Chandrarathana Thero had been arrested under the charges of unlawful assembly and causing damages to a police jeep during the protest.