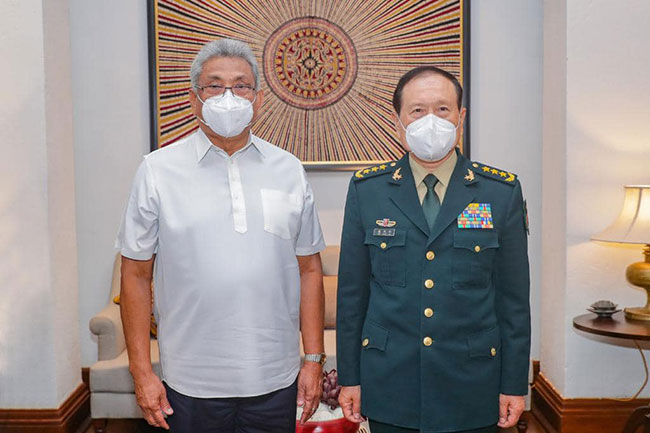 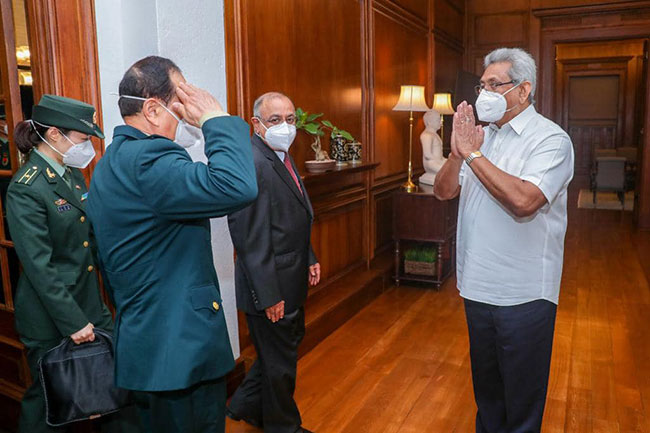 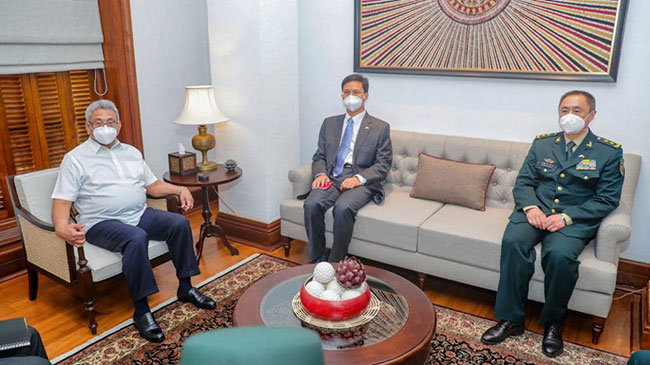 The Chinese Defence Minister was received by the Secretary to the President P.B. Jayasundera and Foreign Secretary Admiral (Retd.) Prof. Jayanath Colombage, upon arriving at the Presidential Secretariat.

General Wei Fenghe said the bilateral discussions held with the President were extremely fruitful and also said the relations between the two nations were further strengthened by this visit.

Chinese Defence Minister General Wei Fenghe placed a note on the Book for Special Guests to mark the meeting with the President.

The Chinese defence minister had arrived in Sri Lanka last night on a two-day official visit.

The high-ranking Chinese official is also expected to meet Prime Minister Mahinda Rajapaksa today (28) for a discussion before leaving the country tomorrow morning (29).

The visiting Chinese delegation had arrived in a special aircraft and was welcomed in keeping with Sri Lankan traditions at the BIA.

The visit and the reception had been organised in accordance with the healthcare guidelines and ‘Air Bubble’ concept to prevent the spread of coronavirus, the government said.