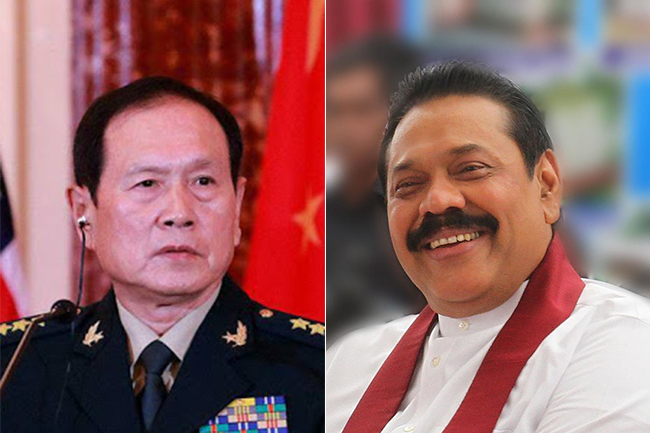 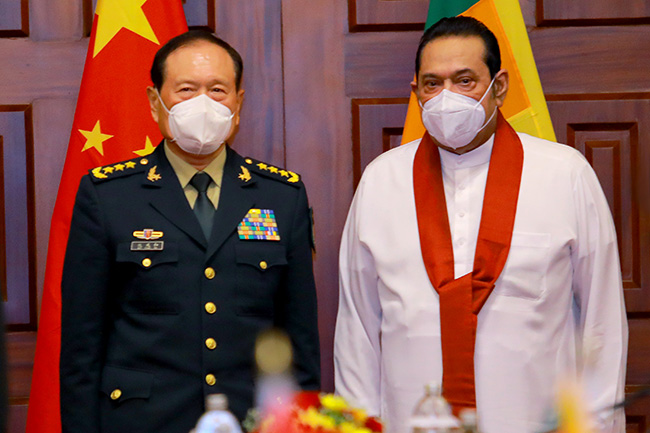 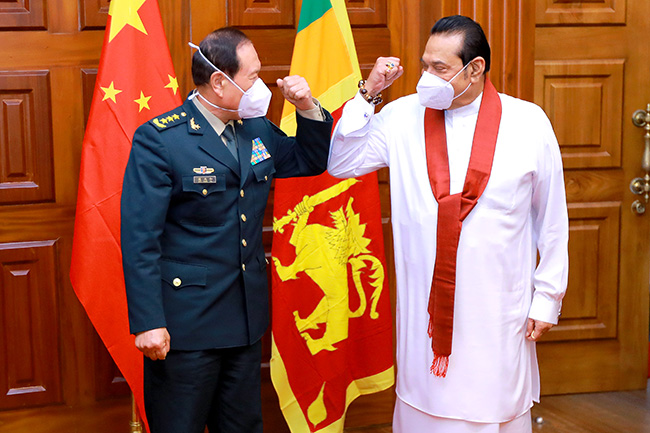 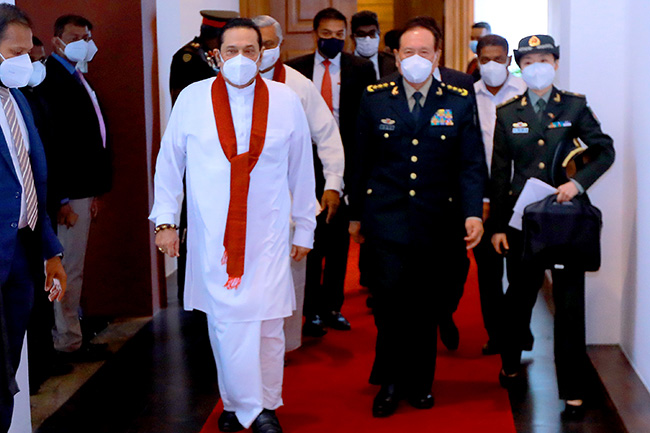 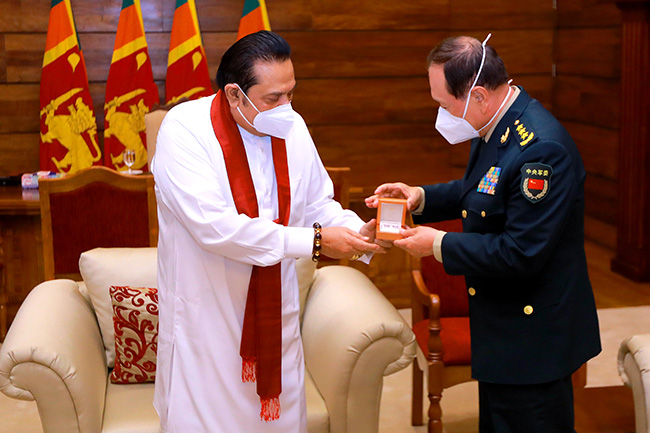 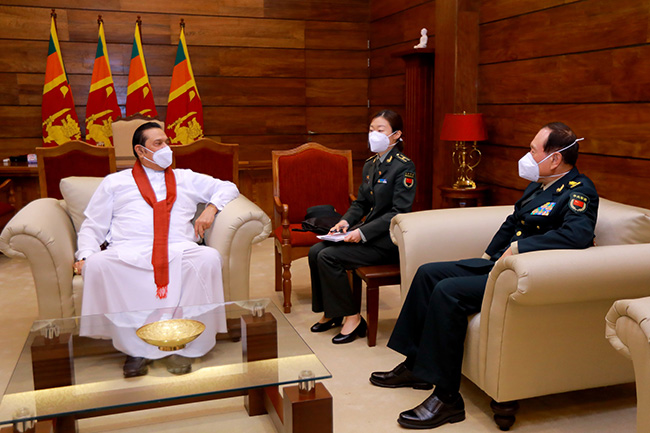 During the meeting, PM Rajapaksa has appreciated China for donating 600,000 doses of Sinopharm COVID-19 vaccines and Personal Protective Equipment (PPE) to Sri Lanka to help the fight against the pandemic situation. “We look forward to China’s continued support in dealing with this crisis,” he said further.

Speaking further, the Premier explained that, despite the recent surge in COVID-19 cases, Sri Lankan government has decided not to pursue countrywide lockdowns due to the impact such lockdowns have on the island’s economy and society.

“There is still a lot that needs to be done for post-pandemic economic recovery,” PM Rajapaksa said noting that one the government’s main priorities in this effort is to attract investments from around the world. Sri Lanka looks forward to China’s support in rebuilding investor confidence in the island, the Premier told the Chinese Defence Minister.

The prime minister conveyed his warm wishes on the 100th year anniversary of the Chinese Communist Party this year and for all its achievements. “China has uplifted nearly 100 million rural residents out of absolute poverty. And you have accomplished these 10 years in advance of the completion of the U.N. Sustainable Development Goal in poverty alleviation. This is an impressive achievement.”

The Chinese defence minister also called on President Gotabaya Rajapaksa earlier today (April 28). Commenting on the meeting with the President, General Wei Fenghe has stated that the bilateral discussions were extremely fruitful. He also stated that relations between the two nations were further strengthened by this visit.

The visiting Chinese delegation had arrived in a special aircraft and was welcomed in keeping with Sri Lankan traditions at the BIA.

The visit and the reception had been organised in accordance with the healthcare guidelines and ‘Air Bubble’ concept to prevent the spread of coronavirus, according to the government.