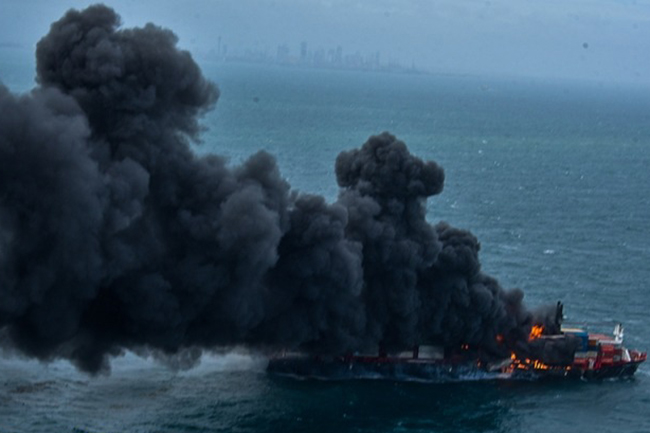 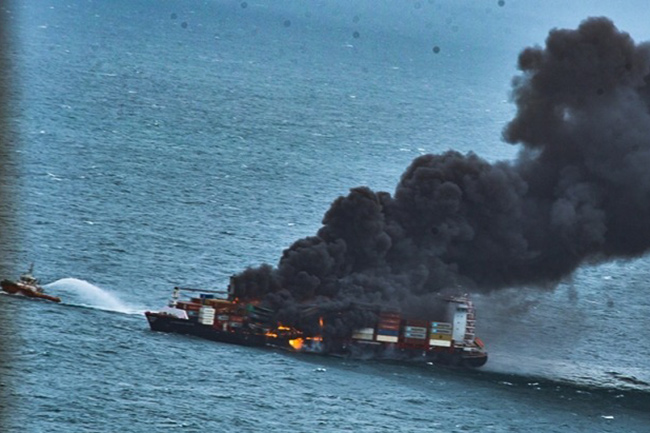 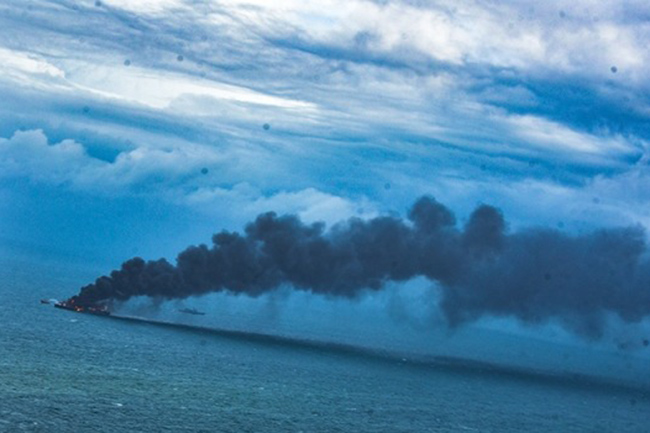 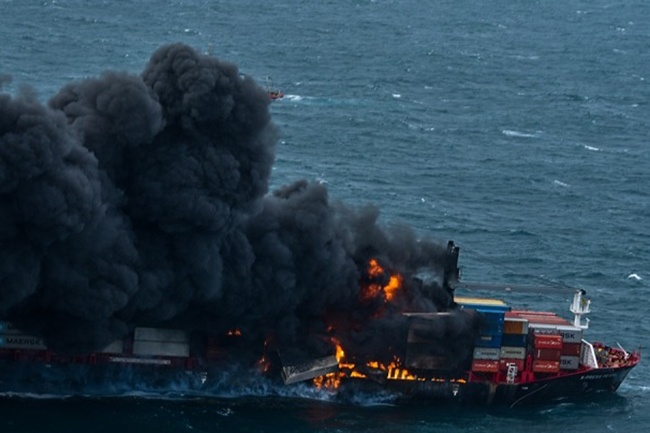 An explosion has been observed on board the container ship ‘X-Press Pearl’ engulfed in fire off the Colombo Harbour.

Eight cargo containers fallen into the sea and the vessel is reported to be unstable, the Marine Environmental Protection Authority (MEPA) stated.

Sri Lanka Navy has rescued 25 crew members from the cargo ship. Two injured Indian nationals among the rescued have been hospitalised for treatment, according to the Navy.

A fire erupted in the cargo vessel ‘X-Press Pearl’ carrying Nitric Acid and other chemicals on Thursday afternoon (May 20).

The container ship was in anchorage about 9.5 nautical miles northwest of Colombo harbour at the time of the incident. The vessel had reached the location on May 19 before its entry into the harbour.

The vessel, registered under the flag of Singapore, had departed with 1,486 containers with 25 tons of Nitric Acid, several other chemicals and cosmetics from the port of Hazira, India on May 15.

The distressed container ship was reportedly manned by a crew of 25, who are Philippine, Chinese, Indian and Russian nationals.