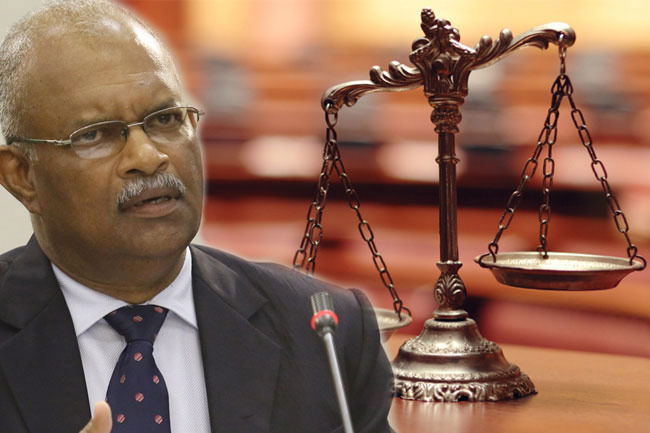 Former Director of the Criminal Investigation Department (CID) SSP Shani Abeysekara has been released on bail along with former Sub Inspector of CID Sugath Mendis.

They were ordered released under strict bail conditions when the case was taken up today (June 16) before the Appeal Court bench consisting of Justices Nissanka Bandula Karunaratne and R. Gurusinghe.

Accordingly, the two suspects, including Shani Abeysekera, were released on a cash bail of Rs 25,000 and two personal bonds worth Rs 1 million each, according to Ada Derana court correspondent.

However, the suspects were ordered to hand in their passports to the court, which imposed a foreign travel ban on them.

The bench further ordered that the court should be informed if the addresses of the suspects are changed.

Abeysekera and Mendis are currently under remand custody by the order of the Gampaha Magistrate over the alleged fabrication of evidence for a case filed against former DIG Vass Gunawardena and several others.

Accordingly, the defendants filed a petition in the Court of Appeal seeking reversal of the Gampaha High Court’s decision and their release on bail.