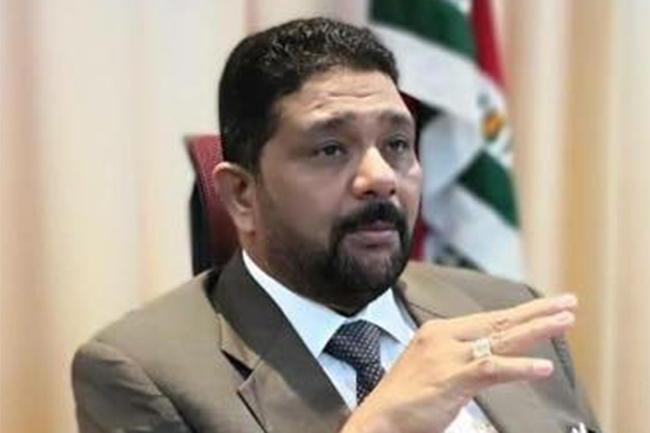 Salley’s attorney, President’s Counsel Maithri Gunaratna told the court that the Criminal Investigation Department (CID), under the directives of the Attorney General, had arrested his client on suspicion of alleged involvement with extremists.

However, the CID has already informed the court that no evidence was found to prove Salley has had links with the suspects of the Mawanella Buddha statue vandalism case, the defence counsel pointed out, seeking the release of his client.

Appearing on behalf of the CID, Senior State Counsel Wasantha Perera informed the court that another case filed against the accused under the Prevention of Terrorism Act (PTA) and the UN International Covenant of Civil and Political Rights (ICCPR) is currently being heard before the Colombo High Court and is scheduled to be taken up in November.

On March 16, the Leader of the National Unity Front (NUF) was arrested by the CID and was detained under the provisions of the PTA. The arrest was made over several controversial remarks Salley had made at a press conference with regard to the law of the country.

Salley, who was in the custody of the CID under detention orders, was then remanded until the end of August. When the case was taken up on the 31st of last month, the former governor was further remanded until today (Sep. 14).

Senior State Counsel further stated that the defendant had submitted an application to the Attorney General through his lawyers requesting him to be released on bail over the aforementioned case.

As this case is currently pending in the High Court, the magistrate’s court has no jurisdiction to consider Salley’s application seeking his release, he added.

After taking into account the submissions from both sides, the chief magistrate decided to reject the relevant application.