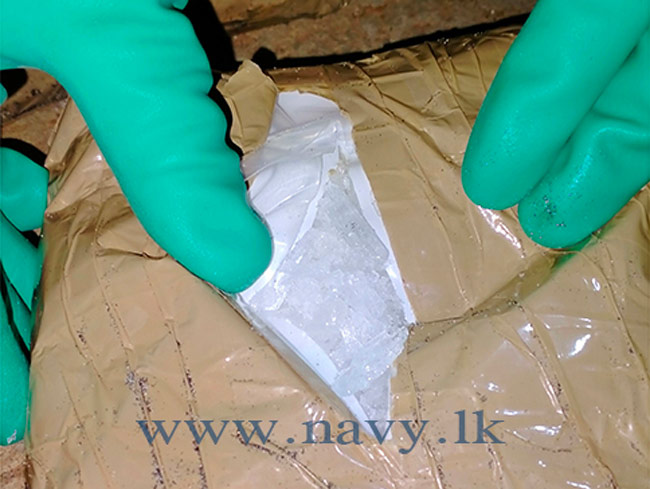 Navy deter Ice worth Rs 79 mn being smuggled into country

A special operation conducted by the Sri Lanka Navy in Urumalai, Talaimannar yesterday (September 14), led to the seizure of Crystal Methamphetamine (Ice) attempted to be smuggled into the country.

The operation also made way to the apprehension of 04 suspects and a dinghy in connection to this racket, Sri Lanka Navy said.

The search led to the recovery of about 09kg and 914g of Ice packed in 10 parcels, which were subsequently taken into naval custody with 04 suspects and the dinghy used for this smuggling attempt.

Meanwhile, the gross street value of the stock of drug substances is believed to be over Rs. 79 million.

The accused held during this operation were identified as residents of Urumalai in Talaimannar, of ages 28 to 37 years.

The suspects together with drugs, the dinghy, and other accessories were handed over to the Mannar Police for onward legal action.