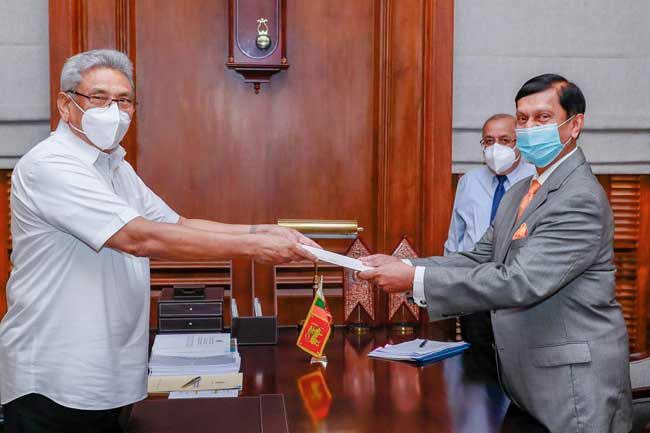 Ajith Nivard Cabraal, who has been appointed as the 16th Governor of the Central Bank of Sri Lanka, received his letter of appointment from President Gotabaya Rajapaksa this morning (15).

With the resignation of the previous Governor Professor W. D. Lakshman, Cabraal was named for the position.

Cabraal resigned from his position as State Minister and parliamentarian to take on the new role.

Cabraal, a veteran Chartered Accountant, has previously served as the Governor of CBSL from 2006 to 2016.

Click to read the initial statement by Governor Ajith Nivard Cabraal upon taking office on the 15th September 2021...