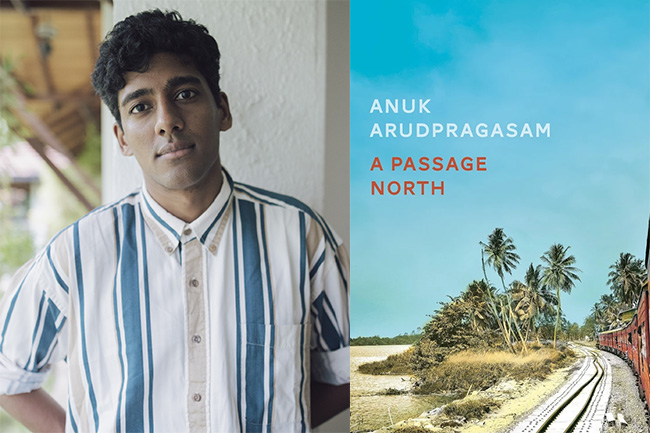 Sri Lankan novelist Anuk Arudpragasam’s “A Passage North” has been shortlisted for the Booker Prize 2021.

The shortlist for the prestigious literary prize awarded each year for the best novel written in English and published in the UK or Ireland was announced on Tuesday (Sep. 14).

Arudpragasam, born in Colombo, is an award-winning author who bagged the DSC Prize for South Asian Literature and Shakti Bhatt Prize for his debut novel “The Story of a Brief Marriage”. Published in 2016, this novel also made the shortlist for the Dylan Thomas Prize and the German Internationaler Literaturpreis.

The 33-year-old’s second novel “A Passage North” explores the lasting effects of the trauma and violence of the island’s civil war, and a past love affair.

Other nominees for this year’s Booker Prize include:

• Damon Galgut - The Promise. The ninth novel by the South African writer which tells the story of a white family over the decades from the Apartheid era.

• Patricia Lockwood - No One Is Talking About This. This is the debut novel by the American poet and memoirist.

• Nadifa Mohamed - The Fortune Men. Somaliland-born British author’s book is set in the docks of post-war Cardiff Bay and follows the story of a real Somali sailor who was wrongly accused of murder.

• Richard Powers - Bewilderment. The Pulitzer-winning US author depicts the story of a widowed astrobiologist who turns to experimental treatments to help his nine-year-old son with additional needs - and take him to other planets.

• Maggie Shipstead - Great Circle. This US author’s novel focuses on the stories of a daring post-war female pilot and a 21st century Hollywood actress who is trying to rescue her reputation by making a film about her.