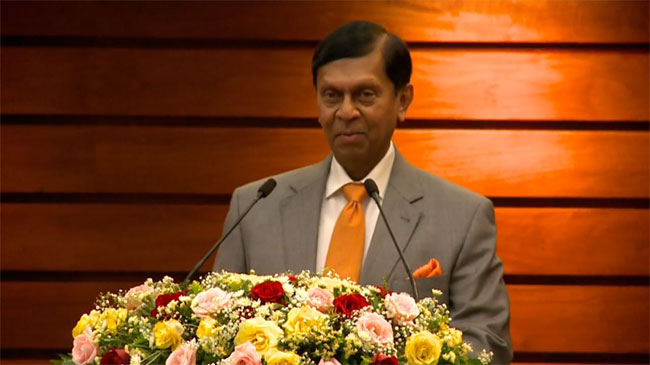 Ajith Nivard Cabraal has officially assumed duties as the 16th Governor of the Central Bank of Sri Lanka, a short while ago.

“I am extremely privileged to lead the Central Bank once again and deeply humbled by the trust and confidence reposed in me by the President, Prime Minister and Finance Minister to take up this responsibility.”

“I will assure all of them that they will not be let down, and the economy will be steered towards continued stability,” he said, in an initial statement upon taking office.

Cabraal had received his letter of appointment from President Gotabaya Rajapaksa this morning (15).

With the resignation of the previous Governor Professor W. D. Lakshman, Cabraal was named for the position.

Cabraal resigned from his positions as State Minister and parliamentarian to take on the new role.

Cabraal, a veteran Chartered Accountant, has previously served as the Governor of CBSL from 2006 to 2016.

Click to read the initial statement by Governor Ajith Nivard Cabraal upon taking office on the 15th September 2021...