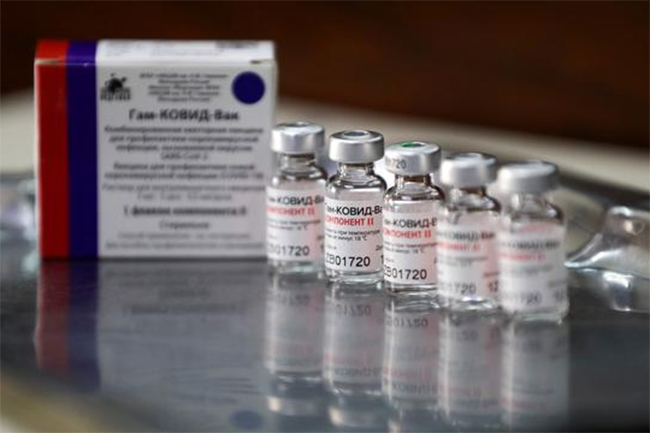 A shipment of 120,000 second doses of Sputnik V COVID-19 vaccines is scheduled to arrive in Sri Lanka on Monday (Sep. 20), says Minister of Health Keheliya Rambukwella.

According to the minister, this batch of Russia-made jabs are expected to be administered to people in Kandy District.

Following the rolling out of the vaccine consignment, all Sputnik V vaccine recipients in the country will be fully vaccinated against novel coronavirus.

Earlier, a total of 150,000 Sputnik V first doses had been administered in the Kandy District and senior citizens above the age of 60 years in the region received 30,000 second doses of the same vaccine that Sri Lanka received on two occasions.

The health minister is hopeful that the rolling out of the new batch of Sputnik V vaccines would be concluded by the end of next week.

He said more than 99 per cent of Kandy District population over the age of 20 will remain fully vaccinated following the completion of the administration of these Sputnik V second doses.

Sri Lanka has fully vaccinated half of its population as of now, the minister added, speaking further on the national inoculation drive.