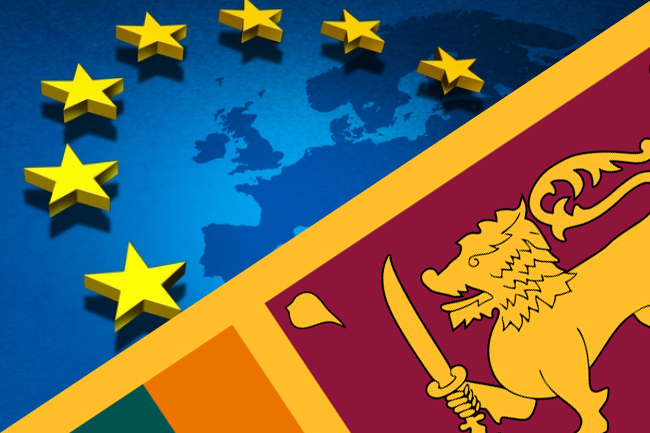 A delegation of the European Union is scheduled to visit Sri Lanka on September 27, the Foreign Secretary Admiral (Prof.) Jayanath Colombage said.

The EU envoys are expected to engage in discussions with the Sri Lankan authorities on the concessions granted under the Generalized Scheme of Preferences Plus (GSP+).

The GSP Plus is a special incentive arrangement for sustainable development and good governance.

It completely slashes the tariffs for exports from low and lower-middle income countries that implement 27 international conventions related to human rights, labour rights, protection of the environment and good governance.

A total of eight countries including Sri Lanka, Pakistan and the Philippines are benefitting from the current GSP+ facility.

Previously, Sri Lanka had benefited from the GSP scheme, which provides partial or full removal of customs duties on two third of tariff lines. However, the EU, in 2010, decided to put a halt to the provision of preferential treatment to Sri Lanka’s exports, citing the failure to address alleged human rights violations in the country.

In July 2016, Sri Lanka applied for GSP+ and the granting of the preferences came into effect in May 2017.

According to the European Commission, the EU is Sri Lanka’s second-largest trading partner after China and its second main export destination, absorbing 22.4% of Sri Lankan exports in 2020.

In June this year, the European Parliament adopted a resolution calling for the repeal of Sri Lanka’s Prevention of Terrorism Act (PTA) as the law is deemed incompatible with the conventions that the country has to implement under the GSP+ granted to the island nation.

In the resolution, the EU Parliament called on the European Commission to consider “temporary withdrawal” of Sri Lanka’s preferential access to European markets, which cuts trade tariffs significantly for Sri Lankan exports, including apparel, ceramic and rubber.

Speaking in this regard, the Foreign Secretary said the GSP+ facility is now centred around the PTA. A committee of experts was also appointed by the Cabinet sub-committee on the PTA to study in detail the actions Sri Lanka can immediately take with this counter-terrorism legislation, he added.

The Foreign Secretary stressed that no country can persist without a counter-terrorism legislation despite the calls from the EU to repeal the Prevention of Terrorism Act. “We are waiting for the EU delegation. We are not scared. We have nothing to hide.”