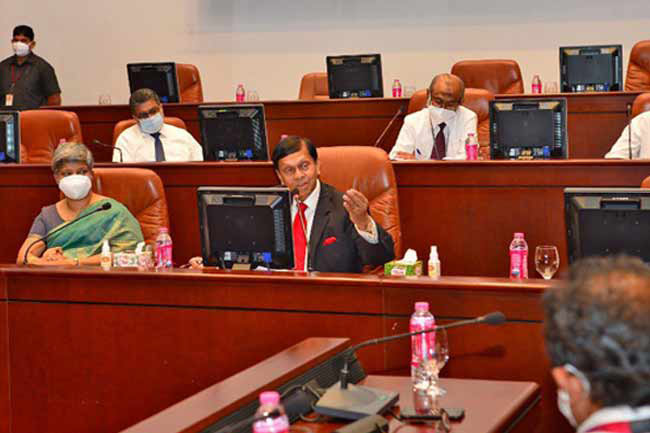 New Governor of Central Bank of Sri Lanka (CBSL) Ajith Nivard Cabraal says that a new economic roadmap has been prepared for the upcoming six months.

Posting on Twitter, he said that the CBSL is currently getting ready to unveil this 6-month plan on October 01.

The plan covering all key aspects of Sri Lanka’s economy will be in the form of a ‘to-do-list’, Cabraal said.

Ajith Nivard Cabraal assumed the position of the 16th Governor of CBSL on September 15 after stepping down from his post as the State Minister of Finance and a parliamentarian.

Getting ready to unveil the Road Map for the SL #Economy for the next 6 months on 1st October. It would cover all key aspects & be in the form of a "TO DO LIST". @CBSL #SriLanka #GoSL #roadmap pic.twitter.com/D2RKiq41dm