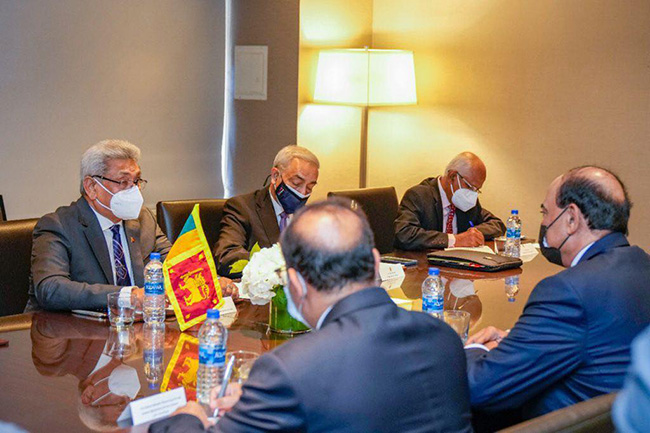 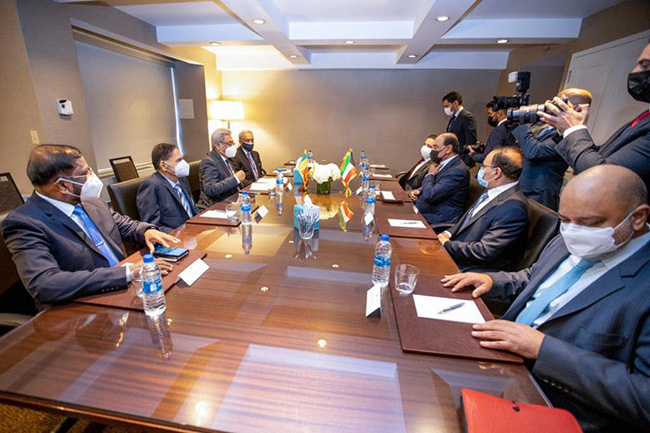 A meeting between President Gotabaya Rajapaksa and Prime Minister of Kuwait, Sheikh Sabah Al-Hamad Al-Sabah, has taken plane in Manhattan, New York on Sunday (Sep. 19), on the side lines of the 76th Session of the United Nations General Assembly.

Recalling the close and friendly diplomatic relations between the two countries spanning for fifty years, the two leaders noted that these relations should be further strengthened, the President’s Media Division (PMD) said in a press release.

Mentioning that a large number of Sri Lankans are employed in Kuwait, President Rajapaksa has made a request for more employment opportunities for skilled workers.

He also explained the COVID-19 pandemic control measures and the vaccination programme being carried out in the country and pointed out the possibility of strengthening bilateral relations with the end of the pandemic and the opening up of the world.

The President also drew the attention of the Kuwaiti Prime Minister to the investment opportunities available to Kuwait in the Colombo Port City, in solar and wind energy and oil refining sectors.