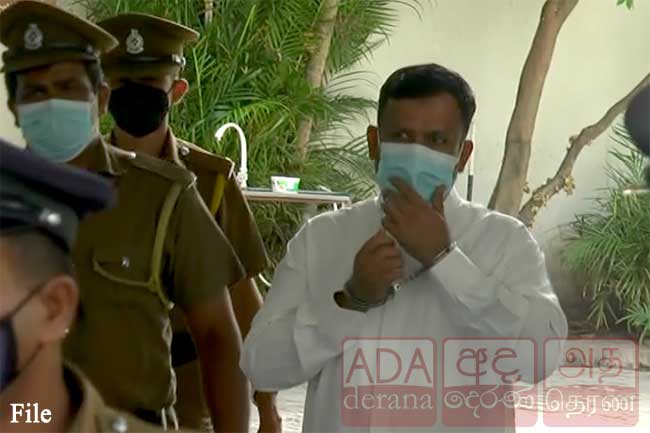 MP Rishad Bathiudeen, who had been arrested under the provisions of the Prevention of Terrorism Act (PTA), has been further remanded until October 05 by the Colombo Fort Magistrate’s Court.

This was when the case was taken today (21) before Fort Magistrate Priyantha Liyanage.

The former minister’s attorneys had previously requested the court to release their client on bail.

Responding to the appeal, the officers of the Criminal Investigations Department (CID) informed the court today that due to the prevailing situation in the country, they were unable to seek the assistance of a state attorney and therefore requested for another date to make submissions after consulting a state attorney.

The former minister and his brother were taken into custody on April 24, 2021 for allegedly aiding and abetting the suicide bombers who perpetrated the deadly bombings on April 21, 2019.

They were initially interrogated under a 72-hour detention order obtained by the CID under the provisions of Article 6(1) of the PTA.

However, a subsequent 90-day detention order was obtained pursuant to Article 9(1) of the PTA as the authorities needed further interrogate the duo.