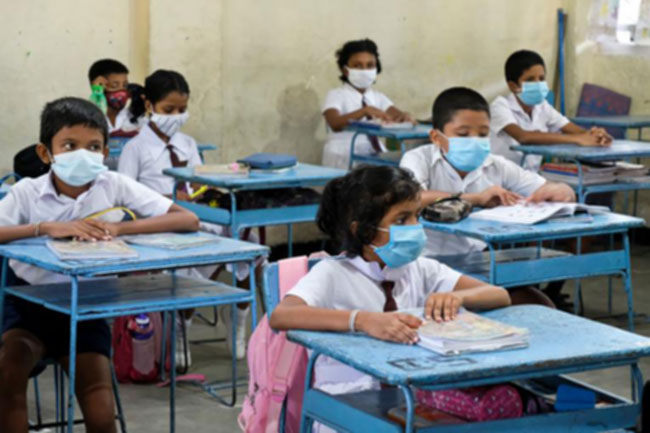 The Director General of Health Services says that the health guidelines to reopen primary classes up to Grade 05 in schools with less than 200 students have been handed over to the Ministry of Education.

Dr Asela Gunawardena stated that the new set of guidelines prepared for resuming classes from Grade 01 to Grade 05 in these schools have been officially handed over to the Secretary to the Education Ministry.

The government had announced it was planning to reopen some 5,000 schools with less than 200 students each over the next two to three weeks.