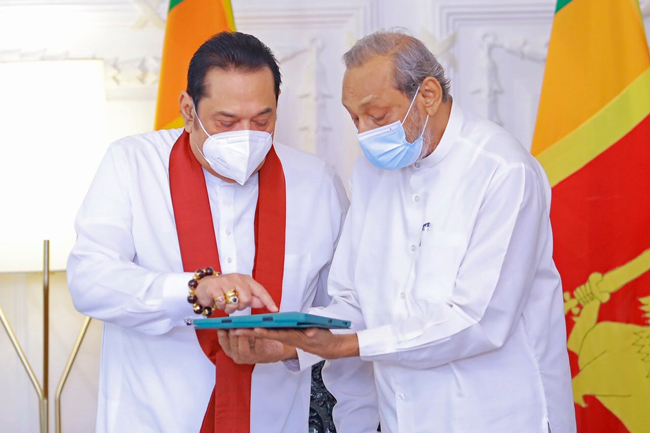 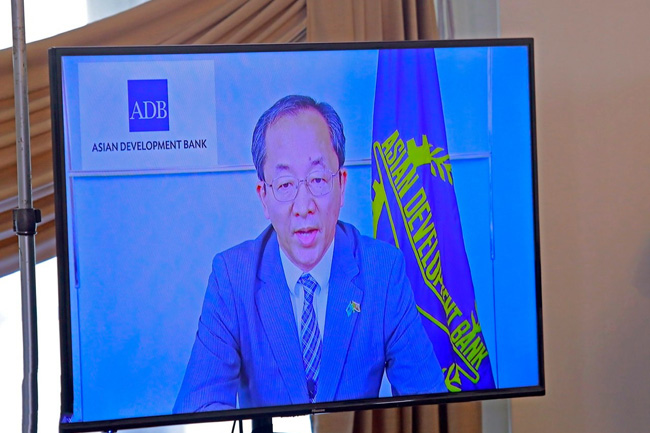 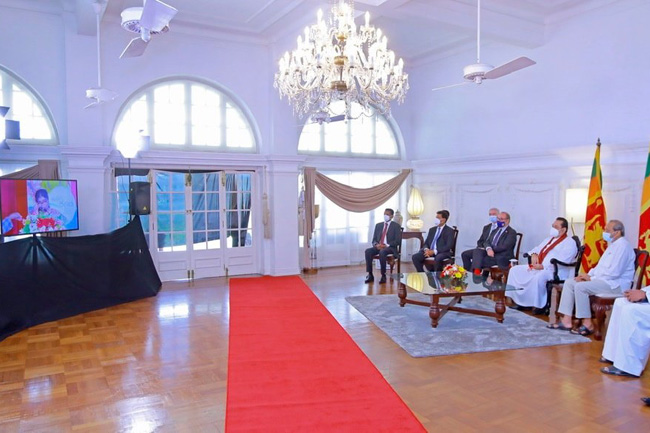 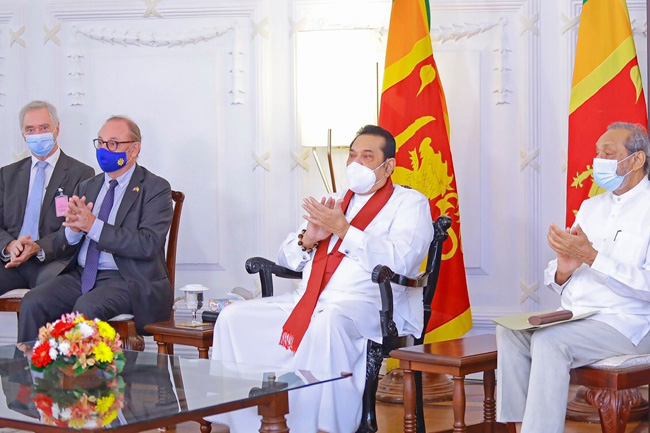 The Prime Minister has inaugurated important milestones of the Jaffna-Kilinochchi Water Supply Project which aims to provide safe drinking water to the population of the city of Jaffna and its surrounding urban and rural areas.

The construction of the Thalaiyadi Sea Water Treatment Plant and the Jaffna City water distribution network – two important milestones of the Jaffna-Kilinochchi Water Supply Project was remotely inaugurated by the Prime Minister on Wednesday (October 06) from the Temple Trees.

By 2023, high-tech water purification technology in the Thalaiyadi Seawater Treatment Plant is designed to convert 24,000 m3/day seawater into safe drinking water distributed through the new distribution network was initiated on Wednesday in Jaffna city.

In addition, the Prime Minister also declared opened, a smaller, 300 m3/day Nagadeepa Seawater Treatment Plant which would directly benefit 5,000 families in Nagadeepa, Analaitivu and Eluvaitivu. This project was funded by Japan Fund for Poverty Reduction (JFPR) and administrated by ADB.

Chief Incumbent of Nagadeepa Raja Maha Viharaya and Chief Sangha Nayaka of Northern Province, Most Venerable Navandagala Paduma Kiththi Tissa Thero and other religious leaders and the people of Jaffna expressed their views on the benefits of these projects to the government including the President and the Prime Minister through video technology.

Minister of Water Supply Vasudeva Nanayakkara stated that “Prime Minister Mahinda Rajapaksa’s intention in 2019 was not to defeat anyone but to end the conflict. Restoring the lifestyle destroyed by the conflict was his most prominent priority. The Prime Minister insisted that this water supply system is an absolute necessity of the people of North and that it is imperative that we establish this for the betterment of people of North.”

Minister of Fisheries Douglas Devananda, Ambassador of France to Sri Lanka Eric Lavertu, Secretary to the Prime Minister Gamini Senarath, Secretary to the Ministry of Water Supply Dr. Priyath Bandu Wickrama and Executive Chairman at National Water and Drainage Board Nishantha Ranatunga were present at this virtual ceremony.

State Minister of Rural and Divisional Drinking Water Supply Projects Development Sanath Nishantha, Deputy Chairperson of Committees Angajan Ramanathan, Governor of the Northern Province P.S.M. Charles and other officials were present at the location of the Nagadeepa Water Treatment Plant.