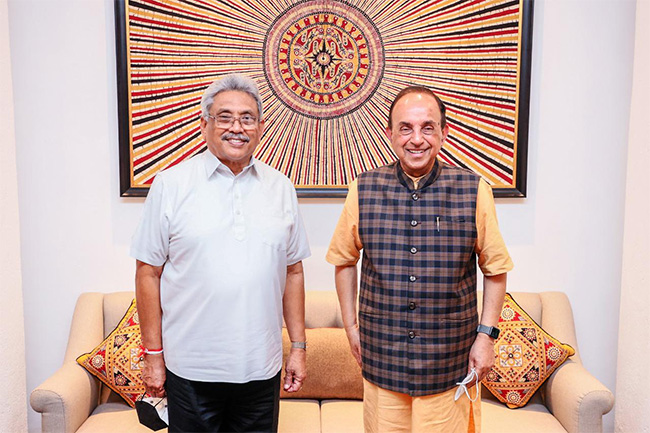 “National Security in the 21st century is not about advancing armies or aeroplanes flying above… and no country is big or small. All countries are superpowers or nothing, according to their preparation to meet cyber warfare,” he stated, underscoring the need for countries to work out their objectives, priorities, strategy, and resource mobilisation that he termed the “four pillars” of national security.

Responding to questions later, Mr. Swamy shared his perspective on the civil war, the assassination of Rajiv Gandhi by the LTTE; the current tensions between India and China and a “likely war” between the powers, and emerging geopolitical dynamics. On Indo-Lanka relations, he observed that Sri Lanka had got a “raw deal” from India since the Rajapaksa government came to power, and it was “sought to be corrected”.

Earlier on Wednesday, Mr. Swamy called on President Gotabaya Rajapaksa and advocated a “strong, friendly relationship between Sri Lanka and India,” a statement from the President’s office said.