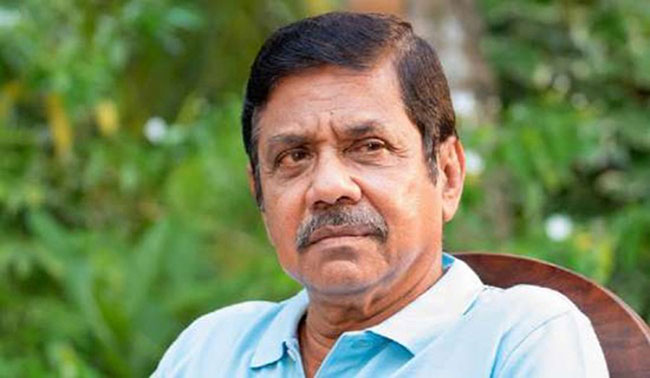 Sri Lanka’s first Test cricket captain Bandula Warnapura has passed away at the age of 68.

He had passed away while receiving treatment at a private hospital in Colombo, sources said.

He had been hospitalized earlier this month after he was diagnosed with high sugar levels and according to reports was recovering after having had his right leg amputated.

Warnapura, who was the first Sri Lankan Test cricket captain, later functioned as the coach of the Sri Lankan team as well as an administrator at Sri Lanka Cricket.

He had the honour of leading Sri Lanka when the country finally became a fully-fledged Test-playing nation in 1981.

An opening batsman who also bowled medium pace, he failed to make an impression with the bat in his four Tests, achieving his highest score of 38 in Sri Lanka’s inaugural Test.

Charged with the difficult task of leading Sri Lanka in their formative years Warnapura did a commendable job.

The finest moment of his chequered career came in the 1979 World Cup when he led Sri Lanka in the place of the injured Anura Tennekoon, and took them to a famous win against India at Old Trafford.

Warnapura captained Sri Lanka on their tours of India and Pakistan. However, when he decided to tour South Africa with rebel team in 1982-83, he was handed a life ban from Sri Lankan cricket.

He captained Sri Lanka in the inaugural Test against England at the P Sara Oval in Colombo in 1982 and went on to play in three more Tests and 12 ODIs before his career was cut short.

He returned to cricket as an administrator in 1991 with the Bloomfield Club.