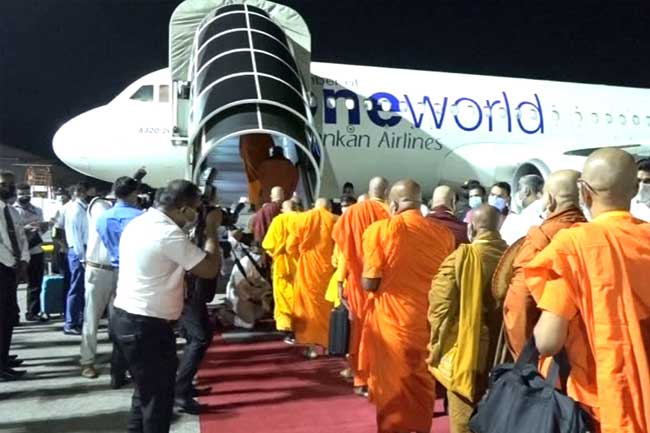 Sri Lanka has sent the first-ever international flight to Kushinagar International Airport in Uttar Pradesh, which will be inaugurated by Indian Prime Minister Narendra Modi today (October 20) on the auspicious Vap Poya Day.

A delegation consisting of Minister for Youth and Sports Namal Rajapaksa, several lawmakers, hundred plus members of the senior Buddhist monks, belonging to different sects and prominent temples across Sri Lanka, and dozens of Buddhist pilgrims was aboard the inaugural flight UL 1147 chartered by SriLankan Airlines.

The flight departed the Bandaranaike International Airport in Katunayake at around 5.20 a.m. this morning.

Kushinagar has a pre-eminent position given that The Buddha attained Mahaparinirvana there. PM Modi had, during the Virtual Bilateral Summit with his Sri Lankan counterpart PM Mahinda Rajapaksa on September 26, 2020, announced that the first international flight to Kushinagar will be for a group of Sri Lankan pilgrims.

Kushinagar is considered to be a focal point of the Buddhist Circuit in India and the new international airport is likely to strengthen people to people interactions between India and Sri Lanka substantially.

The inaugural flight not only underscores the deep people to people linkages but also millennia old civilizational ties between the two neighbouring countries, the High Commission of India in Colombo said in a statement. Buddhism is central to the abiding cultural, spiritual and linguistic bonds in this bilateral relationship.

The Sri Lankan delegation is also scheduled to visit Varanasi during their stay in India. Special prayers shall be held at the Kashi Vishwanath Temple for the delegation later today. They will also have a Ganga Darshan before they return to Colombo tomorrow (October 21).

Adding to the significance of the occasion, the sacred Kapilavastu Buddha relics from the Rajaguru Sri Subhuthi Maha Vihara of Waskaduwa will also travel on the inaugural flight on Vap Poya Day. The sacred relics are being ceremonially brought on board the first international flight to Kushinagar by Most Ven. Waskaduwe Mahindawamsa Nayaka Thero, Chief Incumbent of the Rajaguru Sri Subhuthi Maha Vihara who is the present custodian of the relics.

The sacred relics will be received with due reverence at the new international airport in Kushinagar on arrival and will be accorded full State honours by Government of India. Exposition of the relics will be held in several Indian cities including Kushinagar and Sarnath.

The sacred Piprahwa relics which are the only documented authentic relics of The Buddha in Sri Lanka were discovered in the late 19th century in India and form a part of the Kapilavastu relics.  They were brought to Sri Lanka by the Most Ven. Waskaduwe Rajaguru Sri Subhuthi Nayaka Thero and are currently kept at the Waskaduwa Viharaya in Kalutara. PM Modi made a special mention about this temple in his virtual address delivered on Buddha Purnima in May 2020.

The relics travelled to India in October 2015 as well. It may also be recalled that the venerated Kapilvastu relics in India, which have been taken out of India only 6 times in the past, were sent to Sri Lanka in 1978 and in 2012.

Both the inaugural flight to Kushinagar and exposition of the relics attest to the commonalities shared by the people of India and Sri Lanka, the Indian High Commission said further in its statement. 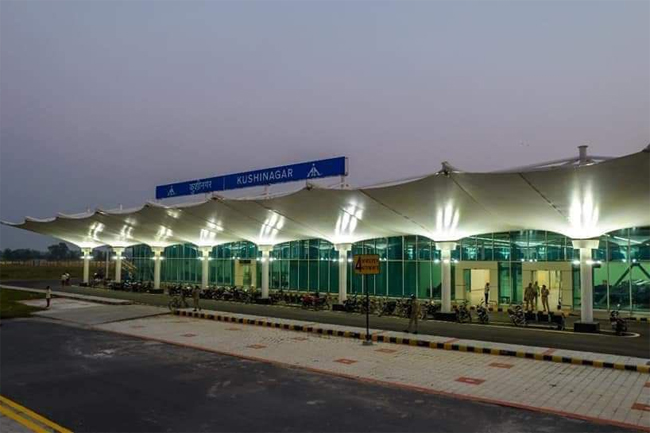