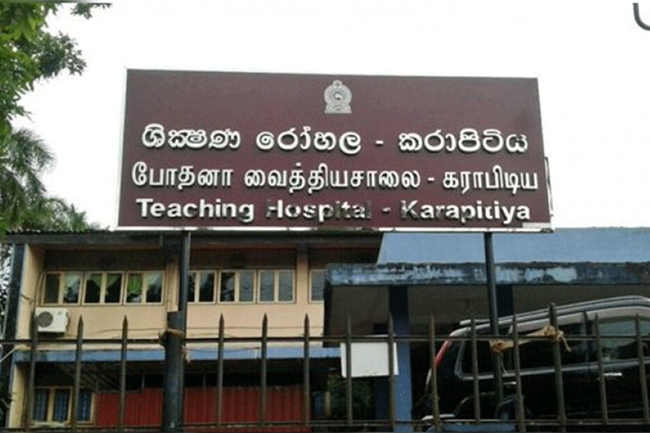 A man who died on September 26 while receiving medical care at the Karapitiya Teaching Hospital is confirmed to have succumbed to black fungus infection.

Following the post-mortem on the death of the 56-year-old, Judicial Medical Officer (JMO) attached to the Karapitiya Hospital Dr. Samadhi Dandeniya decided to direct samples of his remains to the Medical Research Institute in Colombo for further examination.

The reports on the tests sent by the Medical Research Institute confirmed that the ‘black fungus’ was detected in the remains of the deceased.

Mucormycosis is caused by exposure to mucor mould found in damp environments such as soil, plants, manure and decaying fruits and vegetables.

This infection affects the sinuses, the brain and the lungs. Diabetics or severely immuno-compromised individuals have been identified as particularly at high-risk for mucormycosis.