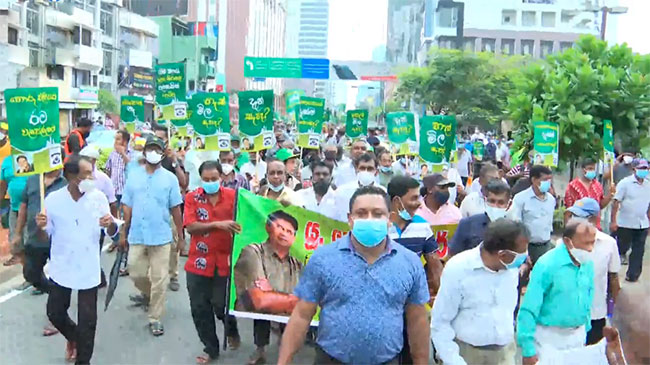 Galle Road blocked at Kollupitiya due to SJB protest

Galle Road in Colombo is reportedly blocked for traffic at Kollupitiya due to a protest march by the Samagi Jana Balawegaya (SJB).

Severe traffic congestion has reported in the area and surrounding areas as a result of the protest.

The protest was organised by the main opposition party today against the rising cost of living, commodity prices and shortages.

It was previously reported that the protest rally had led to traffic congestion on Sir Marcus Fernando Mawatha from the Office of the Opposition Leader to the Nelum Pokuna Theatre.