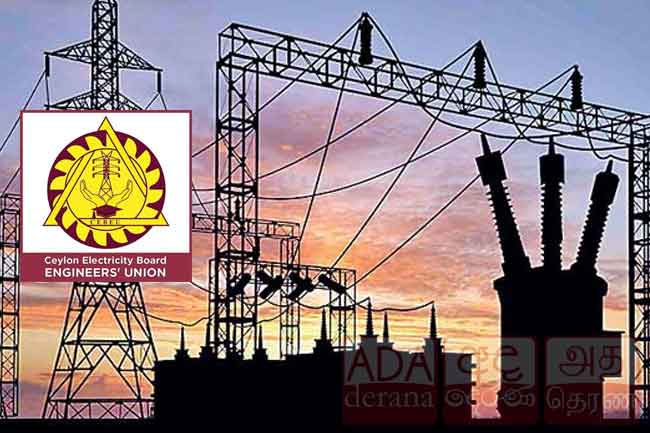 The Ceylon Electricity Board Engineers’ Union (CEBEU) says that its members have launched a work-to-rule campaign from 12 noon today (25) over several issues including the controversial Yugadanavi power plant deal.

The association demands that the government not proceed with the deal with US-based energy company New Fortress Energy Inc., which includes a transfer of 40% of shares of West Coast Power Private Limited (WCPL) - the owner of Yugadanavi power plant in Kerawalapitiya.

They also call on authorities to put an immediately stop to the abrupt transfers of senior management of the CEB.

The CEBEU says that under the work-to-rule campaign its members will only work during the normal office hours on working days, except those who are on shift duties.

The association also warns that they would resort to strike action if the relevant authorities fail to respond to their demands.