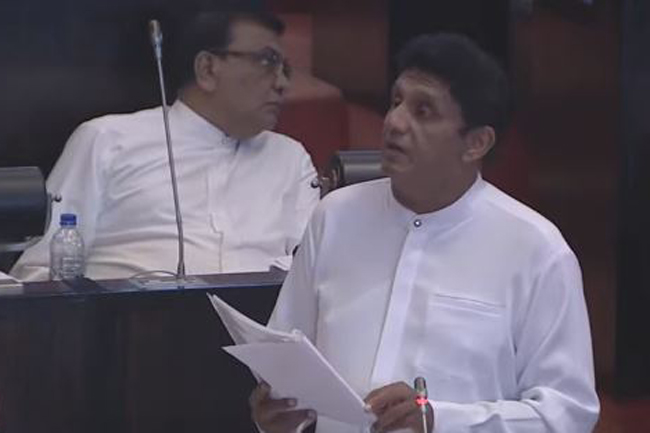 Addressing the parliamentary session earlier today, Premadasa urged the government not to evade the issue.

He alleged that the government has failed to provide a clear explanation based on scientific evidence to allay the public fear.

Premadasa stressed these incidents are a matter of national security.

The Opposition Leader also cited a recent statement made by former Executive Director of the Consumer Affairs Authority (CAA) Thushan Gunawardena, who blamed the gas companies for the recent fire accidents related to gas leakages. He alleged that the incidents were a result of the change in the propane to butane ratio of domestic cylinders.

Citing three reports obtained by the CAA and a local company on the composition of 12.5kg and 18kg gas cylinders, the Opposition Leader said the ratio of propane and butane which was supposed to be at 70:30 has been changed to 50:50.

Meanwhile, State Minister Lasantha Alagiyawanna, speaking on the matter, said the report on the composition of LP gas cylinders is to be received this evening.