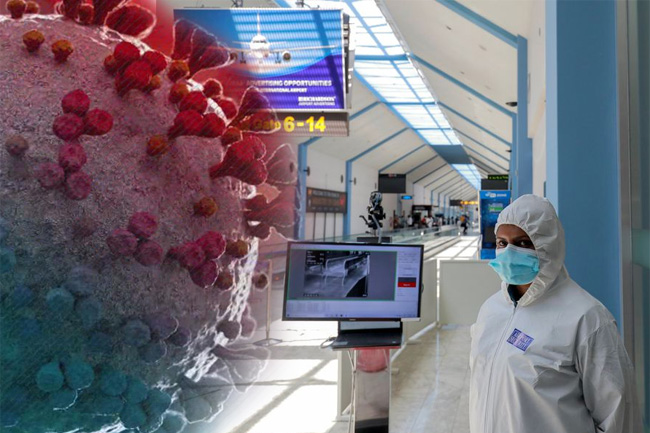 The virus strain was detected in a Sri Lankan national who recently returned from Nigeria, according to Chief Epidemiologist Dr. Samitha Ginige.

Reportedly, the individual in question is currently under quarantine.

In a statement, Deputy Director of Health Services, Dr. Hemantha Herath said the Omicron case was detected as a result of the surveillance activities conducted by the health authorities.

He told the general public that this is not a reason to panic or to have any undue fears.

Meanwhile, at a media briefing organized by the Presidential Media Center (PMC) yesterday, the health officials noted that Sri Lanka has an accurate understanding regarding the spread of the new Omicron variant and that laboratory facilities are available to identify the virus through genetic analysis.

South Africa alerted the World Health Organization (WHO) about a new highly mutated SARS-CoV-2 variant on 24 November. More than 30 countries, including the US, UK, Canada and Japan have since detected the variant.

Initial evidence suggested that Omicron has a higher re-infection risk. However, scientists said it would take at least three weeks to know how the heavily mutated variant impacts the effectiveness of various vaccines.

As the Omicron continued to spark serious global worry, dozens of countries moved to implement travel restrictions to guard against Omicron variant.

Sri Lanka also barred the arrival of foreign travellers who have been to six countries in the African continent. Accordingly, passengers with a travel history – including transit – to South Africa, Namibia, Zimbabwe, Botswana, Lesotho and Eswatini (Swaziland) within the past 14 days were denied entry to the island nation with effect from midnight on 28 November.