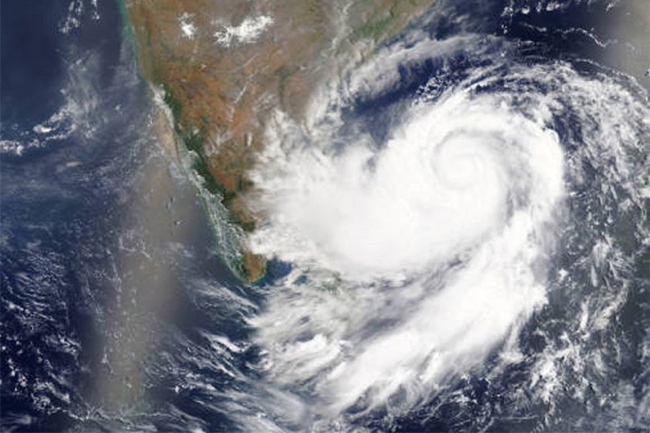 Deep depression in Bay of Bengal intensifies into cyclone Jawad

Showers or thundershowers will occur at several places in Sabaragamuwa, Central, Uva, Southern and Western provinces during the evening or night. Fairly heavy rainfall above 75mm can be expected at some places, says the Department of Meteorology.

Showers may occur in Southern coastal areas during the morning too.

Misty conditions can be expected at some places in Western, Uva, Central and Sabaragamuwa provinces during the morning.

The Deep Depression over west-central Bay of Bengal has intensified into a Cyclonic storm “JAWAD” and lay centered near Lat. 16.0°N and Long. 84.9°E at 2330 hrs, of 03 December.

Naval and fishing communities who are in the sea of the west-central and north-west Bay of Bengal are advised to be attentive in this regard.

Winds will be variable in direction and the wind speed will be 10-25 kmph in the sea areas around the island.

The sea areas around the island will be slight.