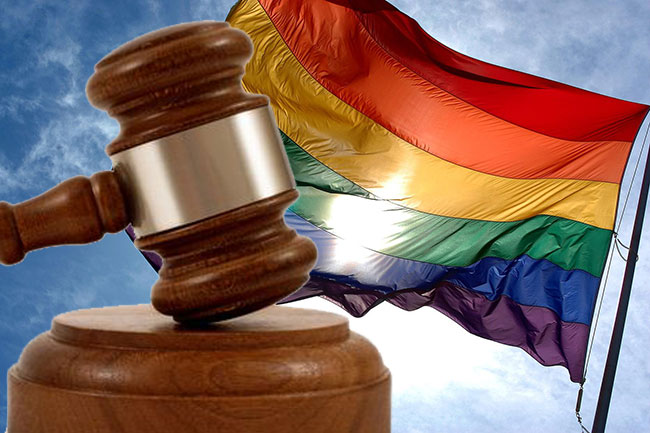 The Court of Appeal has granted leave to proceed with a petition filed by civil society activists seeking the issuance of a writ order to prevent discrimination and harassment against the lesbian, gay, bisexual, and transgender (LGBT) community at the hands of the police.

Following preliminary consideration of the writ petition, the judge-bench comprising Justices Sobitha Rajakaruna and Dhammika Ganepola declared that at first glance there is a cause of action and said notice would be issued on the respondents in the application.

Accordingly, the court ordered the respondents named in the petition including the Inspector General of Police (IGP) to present their objections related to the petition, if any.

IGP C.D. Wickramaratne, psychological counselor Ama Dissanayake and the Attorney General have been named as respondents in the writ petition.

The petitioners state that as per the Police Performance Report 2018, a total of 48 gay individuals have been charged and prosecuted for apparent “homosexuality” from 2016 – 2018, in the country.

The petition further states that according to a report prepared by Human Rights Watch in 2016, LGBTIQ individuals in Sri Lanka have been arrested and detained without cause, and have been subject to sexual and/or physical abuse and even raped by police officers.

The petitioners state that this situation is a result of the misconceptions, and lack of education on the LGBTIQ community, as well as homosexuality itself within the country.