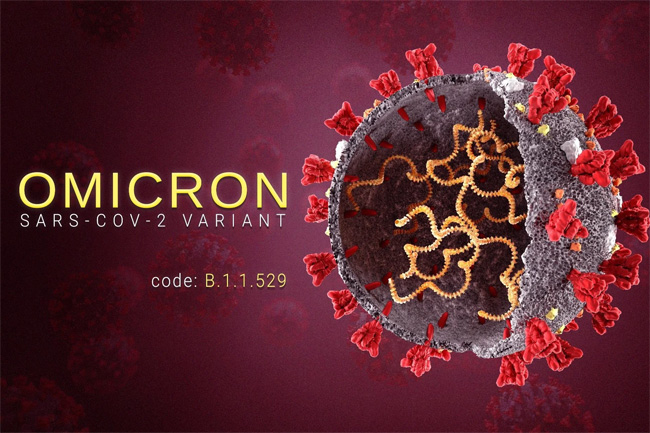 Sri Lanka has identified 160 new cases of the Omicron variant of SARS-CoV-2 (B.1.1.529), says Dr. Chandima Jeewandara, the Director of the Department of Immunology & Molecular Medicine at Sri Jayewardenepura University.

These Omicron patients were found among 182 samples that were sequenced by the laboratory of the J’pura University.

The new development pushed the total number of Omicron cases confirmed by the J’pura University’s lab so far to 205.

Accordingly, Omicron now appears to be on its way to become the dominant variant of Covid-19 on the island, brushing the Delta strain aside.

Dr. Jeewandara added that scientists have suggested that BA.2 sub-lineage is more resistant to vaccine-induced and naturally-acquired immunity. “Immunization may be more prominent in BA.2 sub-lineage compared to BA.1.”

According to him, the samples have been collected from multiple districts across the island including Colombo, Galle, Matara, Kandy, Trincomalee and Gampaha.

Sri Lanka confirmed its first Omicron case on December 03, 2021, in a Sri Lankan national who had returned from a West African country. Three more cases were later confirmed by the J’pura University lab on December 16 including that of a foreign national.

The World Health Organization (WHO) designated Omicron a variant of concern on November 26 last year, soon after it was first detected by scientists in South Africa.

Early data suggests it can be more resistant to vaccines and more transmissible than the Delta variant.

The WHO has warned that Omicron is spreading rapidly in countries with high levels of population immunity. But it is unclear if this is due to the ability of the virus to evade immunity, its inherent increased transmissibility or a combination of both.

However, a recent South African study has shown that unvaccinated people infected with the Omicron variant are less likely to fall seriously ill, require hospitalization or die compared to the previous COVID-19 variants.

The study was led by the National Institute of Communicable Diseases in the Western Cape region. It has compared 11,609 patients from the first three COVID-19 waves with 5,144 patients from the new Omicron-driven wave.

According to foreign media, it found that 8% of patients were hospitalized or died within 14 days of testing positive for COVID during the Omicron wave — compared to the 16.5% in the first three waves.