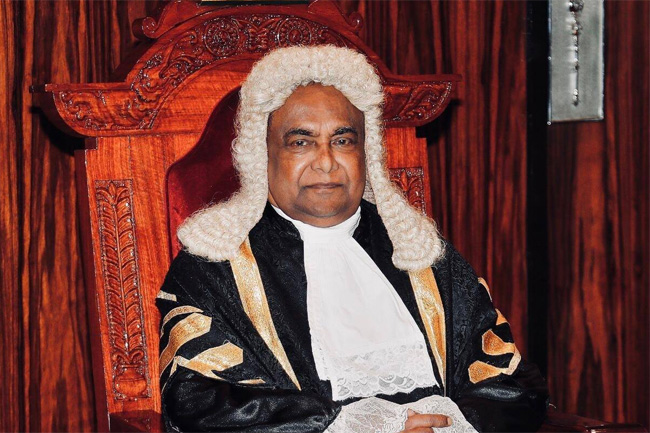 Speaker Mahinda Yapa Abeywardena, expressing disappointment over the lack of preparedness of lawmakers for speeches they deliver in the House, revealed that only 330 books have been borrowed by Members of Parliament during the year 2021.

He disclosed this addressing the second session of the 9th Parliament on Tuesday (January 18).

As per the information furnished by the Parliament’s library, 122 of the borrowed books were fiction.

Meanwhile, 94 of the borrowed books have been on political science and 27 on Sociology. Only 11 books on economics, 5 books on science, 4 books on law, 3 books on technology, 1 book on education, and 1 book on Sinhala literature have been borrowed by members, the Speaker said further.

He emphasized that this is “embarrassing” for a House consisting of 225 members.

“This lack of preparation and knowledge on subject matters has led to insults, lies, false allegations, unparliamentary language being part of speeches, and most speeches and statements being made to gain political mileage rather than on guiding the state. This finally escalates to shameful unparliamentary conduct.”

The Speaker told the lawmakers that once they cross the Bar of the House, they all are considered as Honourable Members of the House of Parliament.

This honourable title demands that the parliamentarians speak and behave accordingly, in a respectable manner, which in turn reflect back upon the House, he emphasized.

“When I first spoke in Parliament, it was after weeks of preparation, reading in the library and watching and listening to speakers such as late honourable Gamini Dissanayake, Ranasinghe Premadasa, Lalith Athulathmudali, etc. As new members, we wanted to give the best impression of ourselves at the house because it would have been a great shame to do otherwise.”

However, at present, very few Members of Parliament prepare for their speeches in advance, refer the library or speak facts, he stated.

Abeywardena said, as the Speaker, it is his responsibility to conduct the House productively and to ensure the rights of all members. The House, its Standing Orders and other procedures are designed to facilitate that, taking for granted that its members will conduct themselves honourably, he added.

He reiterated that all lawmakers in the House must understand that upholding the dignity of the Parliament is the most sacred duty of all. “If people lose faith in this House, that means they lose faith in democracy,” he explained.

The repercussions of that will be grave for all political parties and citizens of this country, he said urging all parliamentarians to understand that and have national interest and the interest of all they represent at heart in all matters, putting aside petty political drama inside the House.

“People of this country are facing grave difficulties and they expect both the Government and the Opposition members to act responsibly, like statesmen and stateswomen. I earnestly request all of you to help me rebuild the image of this institution and discuss with me how we can achieve that. I expect both Chief Whips especially to act more responsibly and guide their respective sides.”

The Speaker also presented several proposals drafted for discussion and adoption, to improve the quality of debates and the conduct of members.

● Discussions and presentations by sector experts on topics such as Economics, Technology, Management, Leadership, Sociology, and any other related topic which any member can request to be held on evenings after parliamentary sittings conclude