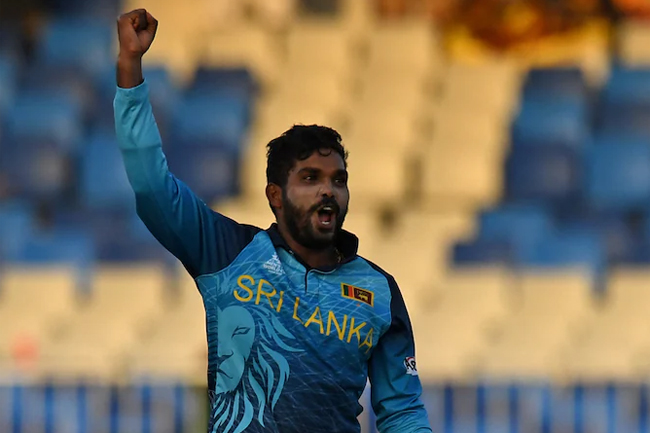 Sri Lanka leg-spinner Wanindu Hasaranga has made the cut in both ICC Men’s T20I and ODI teams of the year 2021, according to the lists of the squads published by the world governing body for cricket.

Both teams are captained by Pakistan skipper Babar Azam.

It was a breakthrough year for Wanindu Hasaranga, who established himself as one of the best spinners in the shortest format while also being a player who could contribute with the bat.

A consistent performer throughout the year, Hasaranga’s star shone the brightest during the T20 World Cup in UAE and Oman, ending the tournament as the leading wicket-taker with 16 scalps.

Meanwhile, Dushmantha Chameera, impressing one and all with his pace, was on fire in the year 2021.

Playing 14 matches, he scalped 20 wickets at an average of 29.30 with one five-wicket haul. Managing to maintain his fitness, Chameera reaped the rewards in what turned out to be a fruitful year for him.

Notably, no Indian cricketer is featured in both ICC Men’s ODI and T20I teams of the year for 2021.

It is also the first time since the inception of the Men’s ODI Team of the Year honour in 2004 that no Indian cricketers were selected to the eleven.