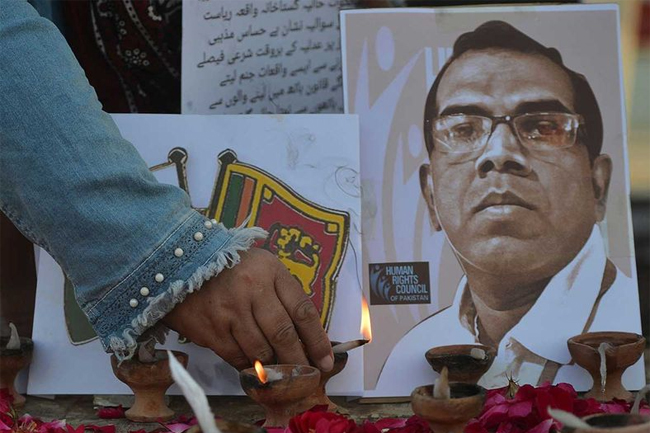 An anti-terrorism court in Sialkot, Pakistan on Friday awarded punishment to a suspect in a case related to lynching of Sri Lankan national over blasphemy allegations.

Priyantha Kumara, who worked as an export manager at a garment factory in Sialkot, was killed and his body set on fire by a mob on December 3, 2021 for allegedly desecrating religious posters.

The court has awarded one year imprisonment to a suspect for sharing a video on YouTube in support of culprits involved in the brutal incident. A fine of PKR (Pakistan Rupee) 10,000 was also imposed on the convict, identified as Adnan.

It is the first conviction made in the high profile case.

Adnan had uploaded a video on the widely popular video-sharing platform where he justified the killing of the Sri Lankan national and extended support to them.

Earlier this month, Gujranwala special anti-terrorism court (ATC) extended the physical remand of the 85 suspects in the main murder case for another 14 days.

The Sialkot police produced the 85 suspects in the murder case of the Sri Lankan national in the Gujranwala ATC, asking for extending their physical remand for further investigation into the case.