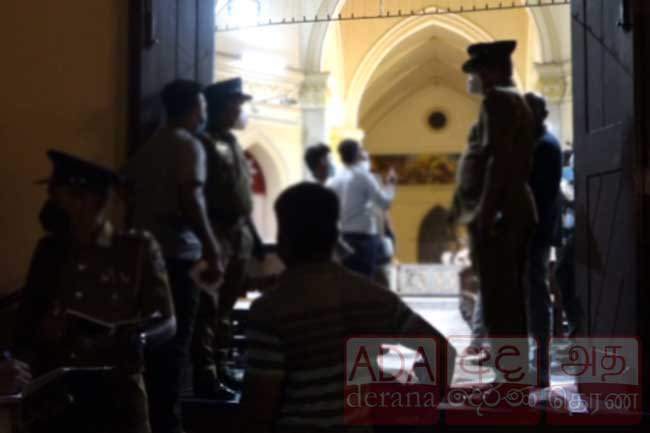 A suspect, who was apprehended in connection with the hand grenade planted inside All Saints’ Church in Borella, recorded a statement behind closed doors for nearly one and a half hours at the Colombo Magistrate’s Court.

During the court proceedings, the CCD officers informed the additional magistrate that permissions has been granted to detain the suspect for 90 days pursuant to a detention order obtained from the Defence Secretary.

Steps were taken to produce the arrestee to the court as he has conveyed that he needs to provide a confidential statement to the judge, the CCD said further.

The additional magistrate then inquired the suspect whether he is recording this statement voluntarily or under any undue influence, explaining that it could be used as evidence against him.

To this, the suspect, who had reportedly brought the hand grenade into the church, assured that he is providing this statement at his discretion.

A hand grenade was recovered from the All Saints’ Church in Borella on Jan. 11, and hours later, four suspects in total were taken into custody.

Subsequently, a retired doctor was apprehended on Jan. 18 in the area of Piliyandala by the crimes investigation unit of the Colombo South Division, based on the information divulged by another suspect, who was arrested in Panamura, Embilipitiya.

According to sources, the retired doctor who is in the custody of the CCD has revealed that he had a long-standing feud with the church in question and had also claimed that he was involved in the recent incident of a hand grenade placed at a private hospital in Narahenpita.

The police later arrested the person who allegedly provided the hand grenade to the retired doctor, in the area of Piliyandala.