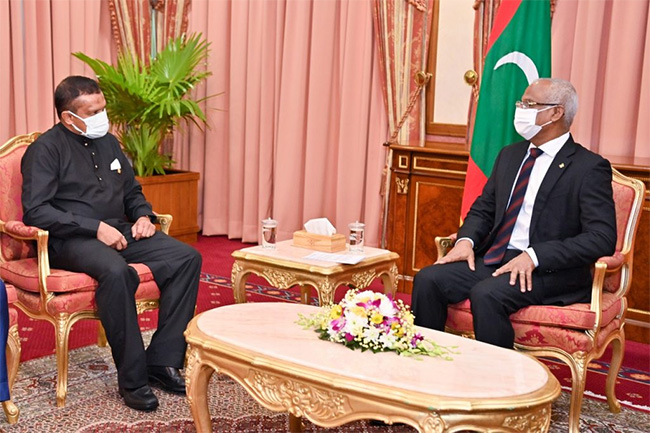 Sri Lanka, Maldives in talks to strengthen and diversify relations

Sri Lanka has expressed a keen desire to strengthen and diversify the existing close and cordial bilateral relations with the Maldives into a vibrant and multifaceted partnership for the mutual benefit of the people of the two nations, during his tenure.

This was conveyed by the High Commissioner-designate of Sri Lanka to Maldives, A.M.J. Sadiq, following presenting of his Letter of Credence and the Letter of Recall of his predecessor to the Maldivian President, Ibrahim Mohamed Solih at the President’s Office in Male on February 02.

After conveying the warm greetings of President Gotabaya Rajapaksa to President Solih, the Sri Lankan envoy expressed his keen desire to strengthen and diversify the existing close and cordial bilateral relations into a vibrant and multifaceted partnership for the mutual benefit of the people of Sri Lanka and Maldives, during his tenure.

Mr. Sadiq highlighted the importance of enhancing economic cooperation, in particular, covering the fields of education, health, as well as bilateral trade and investment.

President Solih has warmly reciprocated these sentiments and wished the High Commissioner, a successful tenure in the Maldives. He went on to extend greetings to the government and the people of Sri Lanka, on the occasion of the 74th Independence Day, which falls on February 04.

President Solih also recalled fond memories of his successful visit to Sri Lanka in November 2021, where he held discussions with President Gotabaya Rajapaksa on further enhancing relations between the two countries.

Following the presentation of credentials, High Commissioner Sadiq paid a courtesy call on the Minister of Foreign Affairs of Maldives, Abdulla Shahid.  The Foreign Minister congratulated the new High Commissioner and wished him a successful tenure in the Maldives.

He thanked the government of Sri Lanka for its support for his election as the President of the 76th session of the United Nations General Assembly.

Echoing the sentiments of President Solih, the Foreign Minister stated that Sri Lanka and the Maldives, as members of a family can work closely together to advance the existing warm and friendly relations to newer heights.

Later the same day, the Sri Lankan envoy called on the Foreign Secretary of Maldives, Abdul Ghafoor Mohamed and discussed ways and means to enhance bilateral relations, focused on economic cooperation, particularly in areas of public and private partnership, involving the governments and private companies of Sri Lanka and Maldives. They also agreed to expedite the finalisation of the Agreements/MoUs on the Avoidance of Double Taxation, Promotion and Reciprocal Protection of Investments and Cooperation and Mutual Assistance on Customs Matters between Sri Lanka and the Maldives.

Mr. Sadiq had his primary and secondary education at Royal College, Colombo and read for a Bachelor of Science degree at the University of Colombo. He also holds a Master in Public Management (MPM) degree from Harvard University and the National University of Singapore, having been awarded the Lee Kuan Yew Fellowship to pursue his studies at these two prestigious universities. He also possesses professional accountancy and banking qualifications.

In October 2019, Mr. Sadiq was elected Chair of the Governing Board of the SAARC Arbitration Council (SARCO) in Islamabad, for a two-year tenure. 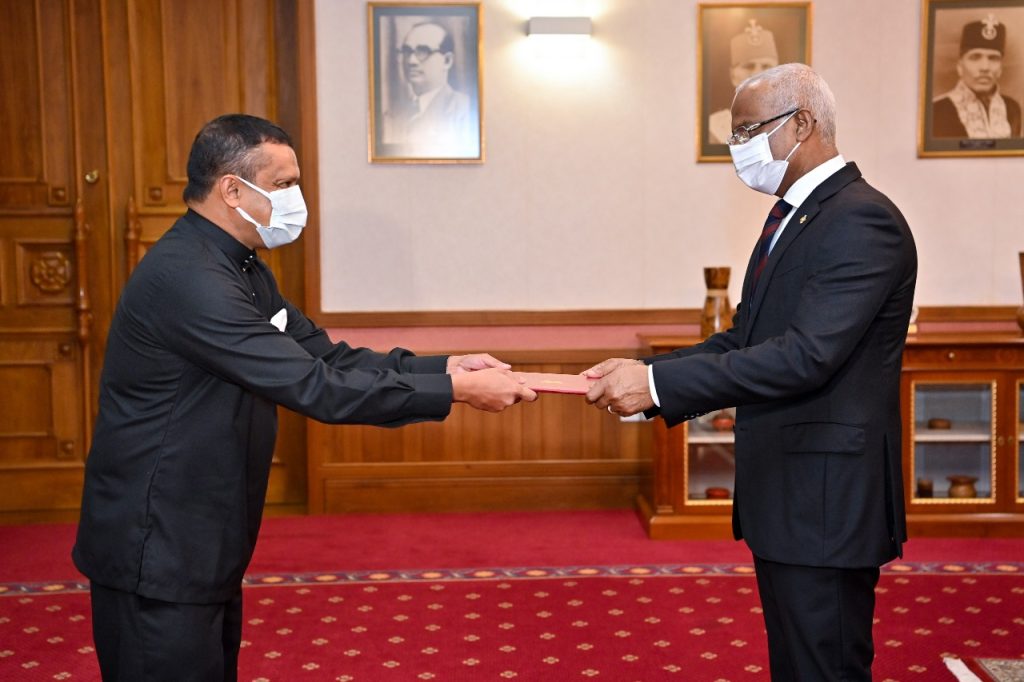 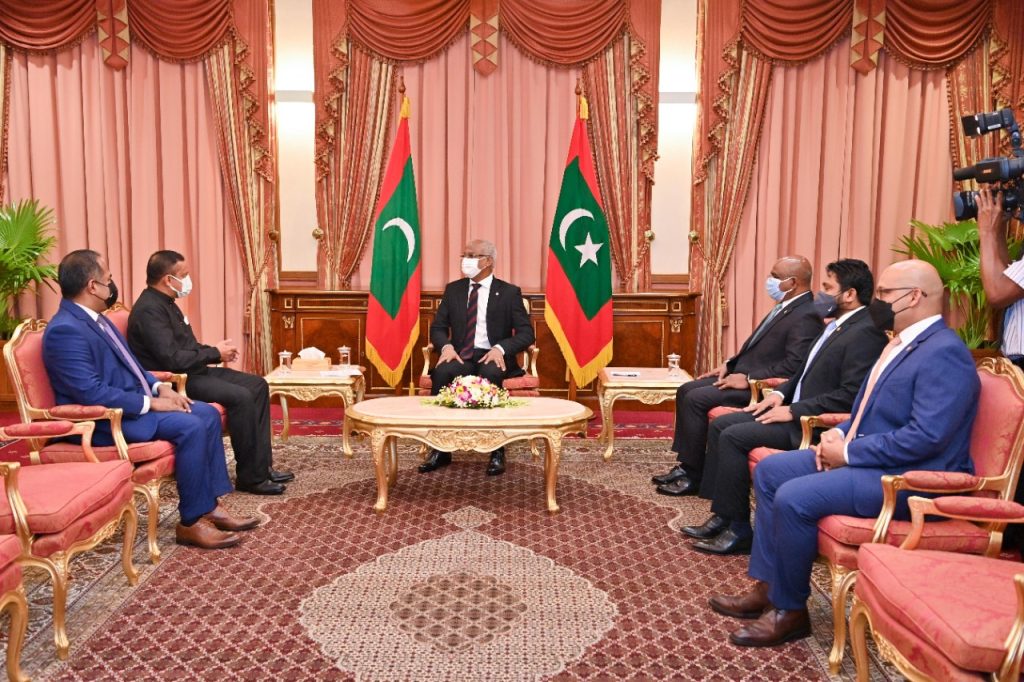