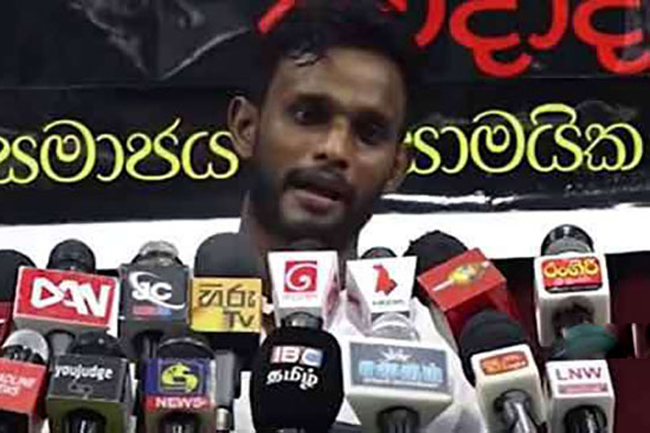 Civil society activist Shehan Malaka Gamage, who was arrested by the Criminal Investigations Department (CID), has been granted bail.

He was produced before the Maligakanda Magistrate’s Court today.

Gamage was taken into custody yesterday in the Panadura area over a statement made by him with regard to the Easter Sunday attacks.

Views expressed by Gamage during a media briefing on the Easter Sunday terror attacks that took place on 21 April 2019 had sparked controversy.

The activist had previously been summoned to appear before the CID on several occasions to record statements from him while he had been grilled for 7-8 hours on those occasions.