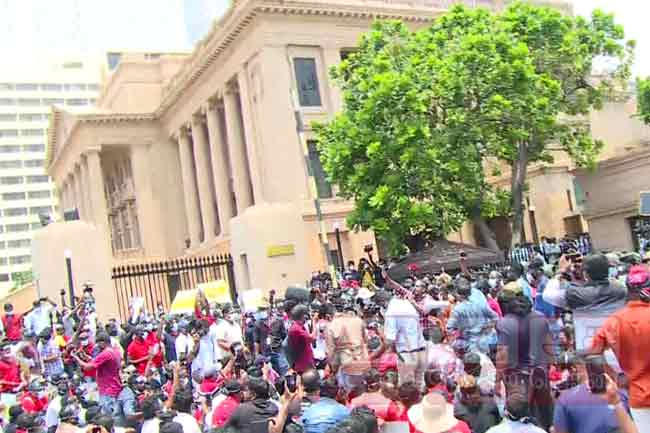 Protestors of the Socialist Youth Union, an association affiliated with the Janatha Vimukthi Peramuna, (JVP) have forcibly entered the Presidential Secretariat a short while ago.

According to reports, a tense situation has ensued at the Presidential Secretariat premises.

Earlier today, the road from Technical Junction in Maradana to Colombo Fort was blocked by a protest march organized against the conduct of the government.