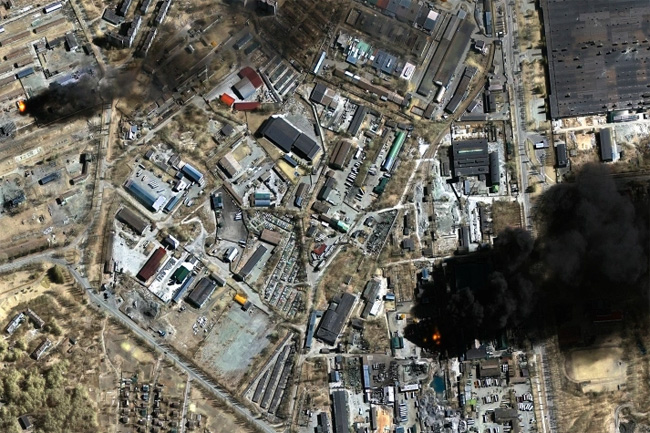 The US government has formally declared that members of the Russian armed forces have committed war crimes in Ukraine, Secretary of State Antony Blinken said in a statement Wednesday.

The official US declaration that Moscow’s troops had violated the laws of conflict comes after Blinken, President Joe Biden and Deputy Secretary of State Wendy Sherman all said it was their personal opinion that war crimes have taken place.

“Today, I can announce that, based on information currently available, the US government assesses that members of Russia’s forces have committed war crimes in Ukraine,” Blinken said in a statement.

“Our assessment is based on a careful review of available information from public and intelligence sources,” he said.

The decision to issue a formal accusation marks a significant step by the US government after weeks of declining to officially say that the attacks committed against civilians in Ukraine were war crimes. It remains to be seen, however, whether there will be any accountability for those accused of carrying out the alleged crimes, and whether Russian President Vladimir Putin himself will be forced to bear any responsibility.

Last week, Biden accused Putin of war crimes. “I think he is a war criminal,” Biden said after remarks at the White House.

“As with any alleged crime, a court of law with jurisdiction over the crime is ultimately responsible for determining criminal guilt in specific cases,” Blinken said Wednesday. “The US government will continue to track reports of war crimes and will share information we gather with allies, partners, and international institutions and organizations, as appropriate. We are committed to pursuing accountability using every tool available, including criminal prosecutions.”

Blinken’s statement cited “credible reports” of indiscriminate attacks and attacks deliberately targeting civilians, including the destruction of apartment buildings, schools and hospitals. The State Department specifically cited attacks on a maternity hospital and theater in Mariupol. The theater, the State Department said, was marked with the Russian word for “children” in letters visible from the sky.

Beth Van Schaack, the US ambassador at large for global criminal justice, said she could not go into details about which incidents the US has assessed are war crimes and that the US is “looking at the broad range that Russia’s forces are engaged in” in Ukraine.

“This is going to be an ongoing process throughout this conflict,” she said at a State Department briefing.

Van Schaack noted that, “as with any alleged crime, ultimately, it will be for a court of law to determine individual criminal responsibility who is directly responsible for these particular cases.”

Asked if Putin is liable for the actions of members of his country’s armed forces -- who the US has accused of committing war crimes -- Van Schaack said “there are doctrines under international law and domestic law that are able to reach all the way up the chain of command.”

“The US government will continue to track reports coming out of Ukraine of war crimes, and we will share this information with our friends and allies and with international and multilateral institutions as appropriate. We are also supporting the Ukrainian Prosecutor General’s office and their War Crimes Directorate and supporting civil society documentation efforts,” she said.

Van Schaack said it was essential that evidence is collected and preserved for future accountability.