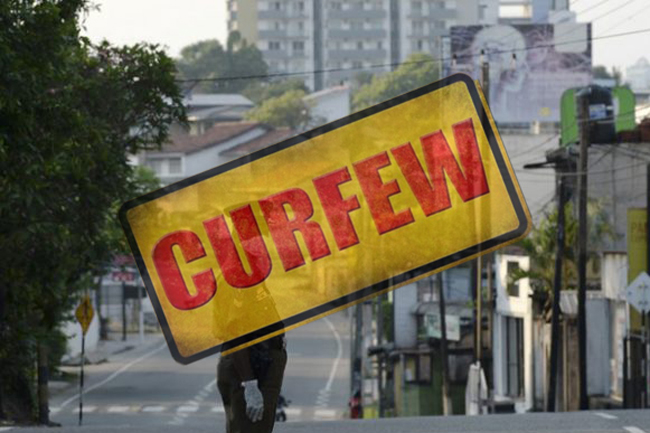 An island-wide curfew will be imposed at 6.00pm today (April 02), the Department of Government Information announced.

The curfew order will be effective until 6.00am on Monday (April 04).

Senior DIG Ajith Rohana stated that people who are engaged in essential services are permitted to use their official identity cards or any other electronically certified document as a curfew pass.

In addition, the staff members of diplomatic missions also can use their official ID or any other certified document that establishes their identity to travel while the curfew order is in force.

The curfew order came just days after the mass protest staged on Pengiriwatte Road in Mirihana on Thursday evening (March 31).

The demonstration commenced near the Jubilee Post in Nugegoda at around 7.30 p.m. and later proceeded towards Pengiriwatta Mawatha, leading to the presidential residence in Mirihana.

People had thronged in large numbers holding placards and shouting slogans and demanding that the government provide immediate solutions to the fuel shortage, power crisis, gas shortage, and soaring commodity prices in the country.

Later in the night, the police used tear gas and water cannons to disperse the protesters gathered near the Pengiriwatta Mawatha.

The riot police resorted to using tear gas and water cannons on the protesters as the agitation turned violent with some people hurling stones and other objects at security personnel, causing damage to public property.

More than 50 people were taken into custody following the protest, and at least 40 of them have been placed under remand custody. Six were granted bail yesterday.

Meanwhile, it is reported that mass protests are expected in many parts of the island tomorrow (April 03) as people are planning to take to the streets.