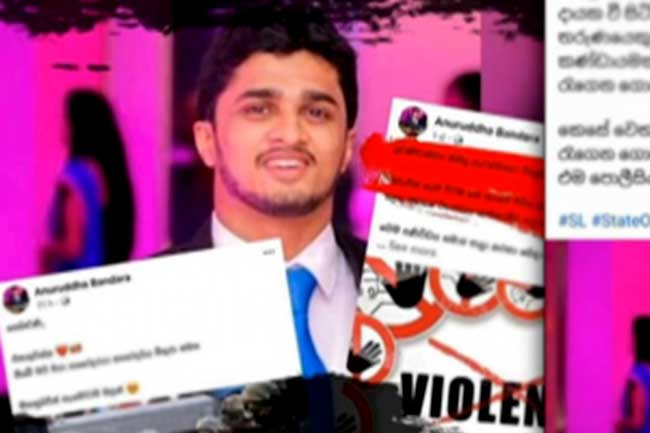 Social media activist Anuruddha Bandara has been released on bail following his arrest.

It had been reported that the youth was arrested in connection with the publishing of various posts and articles using social media networks that allegedly causes disturbance in the public.

He was granted bail after being produced before the Colombo Magistrate last night (02), Ada Derana reporter said.

The youth had been arrested by officers of the Colombo North Division criminal investigation unit yesterday morning at his residence.