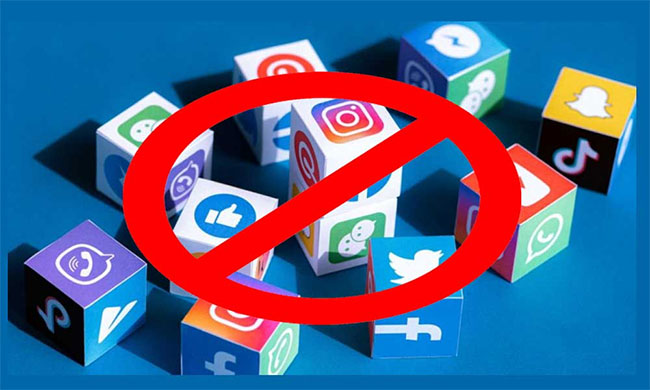 The Telecommunications Regulatory Commission of Sri Lanka (TRCSL) says that the restrictions imposed on social media will be lifted at 3.30 p.m. today (03) on the advice of the Defence Ministry.

The Director General of the TRCSL had said that service providers have been advised to temporarily restrict access to social media websites, on the request of the Ministry of Defence.

“It was imposed in the interests of the country and people to maintain calm,” the commission’s Chairman, Jayantha de Silva had told Reuters.

NetBlocks, a watchdog organization that monitors cybersecurity and the governance of the Internet, had confirmed the restriction of multiple social media platforms including Facebook, Twitter, WhatsApp, Viber and YouTube in Sri Lanka after midnight on Saturday.

Metrics corroborate user reports of service unavailability across the country, showing that all of Sri Lanka’s major network operators including Dialog, Sri Lanka Telecom, Mobitel, Hutch are covered by the measure.

However, Sri Lankan Minister Namal Rajapaksa had urged the government to reconsider the curbs on social media, pointing out that such bans are “completely useless”.

Namal Rajapaksa, who is the Cabinet Minister of Youth and Sports as well as the State Minister of Digital Technology and Enterprise Development, tweeted, “I will never condone the blocking of social media. The availability of VPN, just like I’m using now, makes such bans completely useless.”

“I urge the authorities to think more progressively and reconsider this decision.”

VPN stands for virtual private network and can be used to protect yourself from snooping, access content restricted to some locations and to bypass censorship.

The Public Utilities Commission of Sri Lanka (PUCSL) had also requested the TRCSL and service providers to restore access to all social media platforms immediately, as it is unable to inform electricity consumers about impending power cuts.

The Human Rights Commission of Sri Lanka (HRCSL) had also criticized the move to block social media in the country.