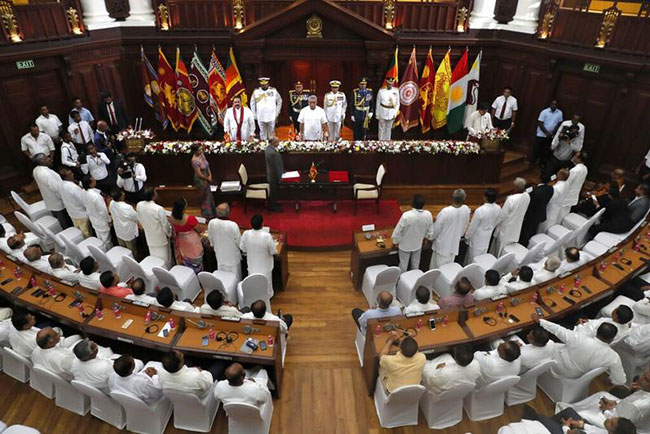 All Cabinet Ministers have decided to resign from their respective ministerial portfolios, SLPP parliamentarian and Leader of the House Dinesh Gunawardena said.

He said the ministers have tendered their letters of resignation to the Prime Minister.

However, he confirmed that Mahinda Rajapaksa will continue to serve as the Prime Minister of Sri Lanka.

It was earlier reported that Namal Rajapaksa had resigned as the Cabinet Minister of Youth and Sports and other ministerial portfolios.

Meanwhile in response to speculation that PM Mahinda Rajapaksa was preparing to step down, the Prime Minister’s Office issued a statement this evening categorically denying rumors in circulation to that effect.

The PM’s Office also said that new arrangements to address issues relating to the supply of fuel, electricity and gas are being discussed.

The Prime Minister had met with the President in Colombo earlier today, in what was reported as decisive talks ahead of an emergency cabinet meeting at Temple Trees. It is speculated that a new cabinet will be formed soon.