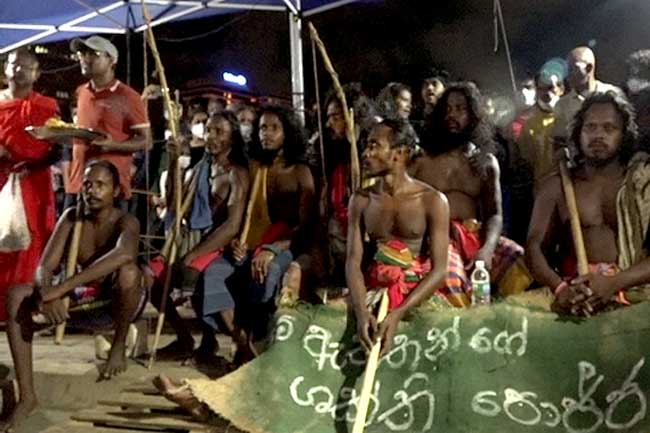 People from all walks of life are still engaged in the public protest staged against the government and the President, at the Galle Face Green premises as the demonstration entered its eighth consecutive day today (April 16).

According to reports, a group of people of Sri Lanka’s indigenous (Veddah) community has also joined the protest last night.

The protest had commenced on the 9th of April (Saturday) with the participation of a large number of people including youths from across the island. The protesters, who set up tents near the Presidential Secretariat, are engaging in demonstrations day and night.

Braving the heavy rains while holding placards, they have since been protesting in front of the Presidential Secretariat, urging the President to step down amidst the economic crisis and political turmoil in the country.

The apolitical protesters have also set up a small village at the Galle Face Green premises, providing free food, beverages, temporary accommodation, emergency medical facilities for those who arrive there in support of the demonstration.

A massive crowd had also gathered in support of the protest on the day of the Sinhala and Tamil New Year.