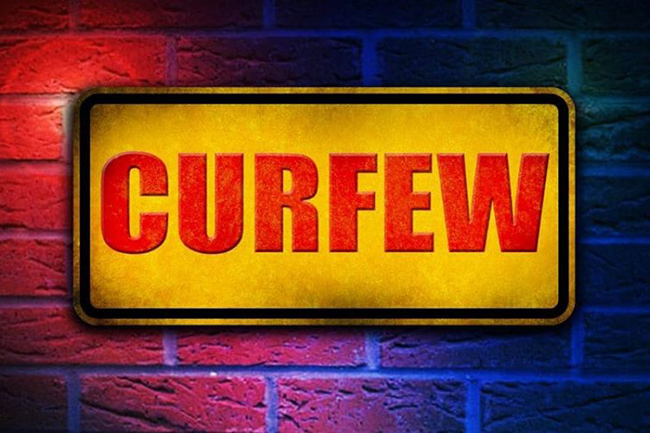 The President’s Media Division (PMD) conveyed this in a statement issued a short while ago.

The curfew order, declared as per the provisions of Section 16 of the Public Security Ordinance, was previously scheduled to be lifted at 7.00 a.m. tomorrow (May 10).

“No one is permitted to stay on a public road, railroad, public park, public playground or any other public area or beaches except under a written permit issued by a particular authorizing officer,” the PMD noted.

The curfew order comes after tensions escalated across the island following an assault on the peaceful protesters at the Galle Face Green protest site and near the Temple Trees earlier today.

A mob of government supporters rallied in front of the Temple Trees this morning to urge Mahinda Rajapaksa not to step down as the Prime Minister.

What began as a show of support for the prime minister turned violent after the mob armed with rods attacked the peaceful protesters camped outside the Temple Trees.

They later headed towards the GotaGoGama protest site at the Galle Face Green and brutally assaulted the peaceful protesters. They also tore down and set fire to the tents that have been providing shelter for the past month.

Even the medical tents and the GotaGoGama library were not spared by the pro-government mobs who proceeded to burn down and destroy whatever they could lay their hands on.

More than 140 protesters were injured and hospitalized in the attack carried out while the police personnel stationed to prevent any act of violence looked on.

The reaction from the police riot squad was however a tad too late as most of the damage had already been done. The water cannons and tear gas were put to use after dozens of anti-government protesters were already assaulted.

Meanwhile, Opposition Leader Sajith Premadasa and several other SJB parliamentarians who tried to visit the protest site drew the eye of the protesters who turned them away. This forced the opposition MPs to beat a hasty retreat under heavy security while the SJB leader’s personal vehicle came under attack.

Busloads of SLPP supporters, transported into the commercial capital Colombo for a show of support for the prime minister, were caught in the open by the public. Some of the mobs were thrown into the Beira Lake as punishment.

Meanwhile, the residences of many parliamentarians have also been set on fire amidst growing public anger.