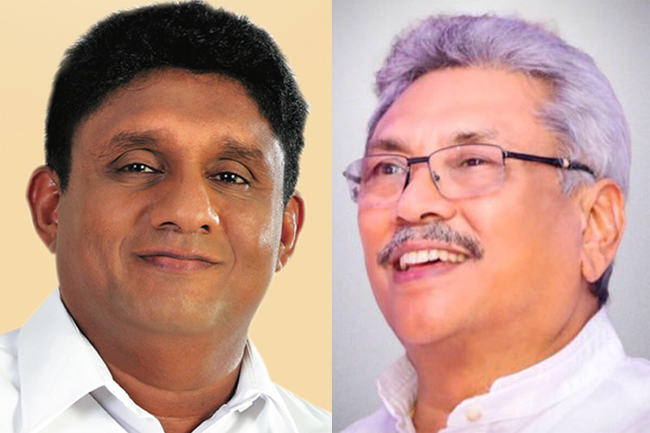 No nominations from SJB for new Cabinet: Sajith responds to President

Opposition Leader Sajith Premadasa says the Samagi Jana Balawegaya will not nominate any members to the Cabinet that is to be established by President Gotabaya Rajapaksa.

In response to the President’s letter to him yesterday, the SJB leader stressed that he is committed to serve as the Prime Minister, in a government formed by him in accordance with the conditions laid out in his letter dated May 12, 2022.

Responding to the remarks by the President in his letter, Premadasa also pointed out that when he was invited to take over the post of Prime Minister, he did not say that he was not willing to accept it.

The Opposition Leader said that he had informed the President that he wishes to discuss the invitation with the SJB MPs and convey the decision to the President afterwards. 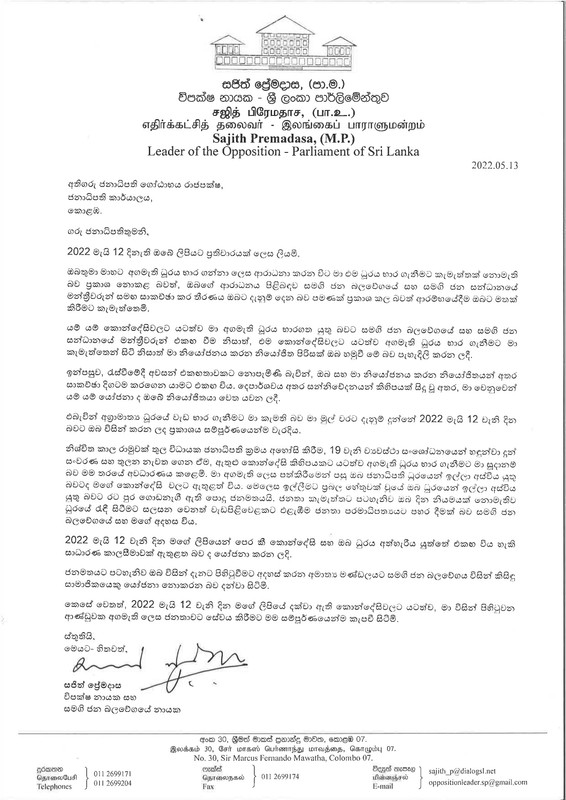