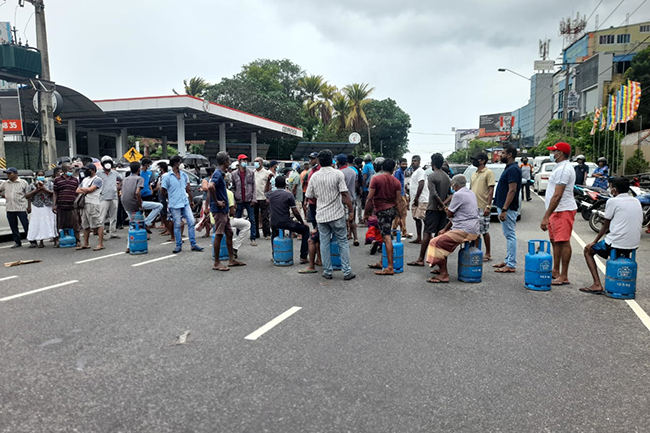 The vehicular movement on the road was interrupted for at least two hours this morning.

Later, army personnel arrived at the scene to disperse the protesters blocking the road.

In other developments, protests demanding LP gas were staged near the Homagama bus stand and at the Kolonnawa Junction earlier today.

Meanwhile, sources from Litro Gas Lanka Limited said a shipment of 3,500 metric tonnes of LP gas has arrived in Sri Lanka, however, the clearance process is at a standstill due to the shortage of US dollars.