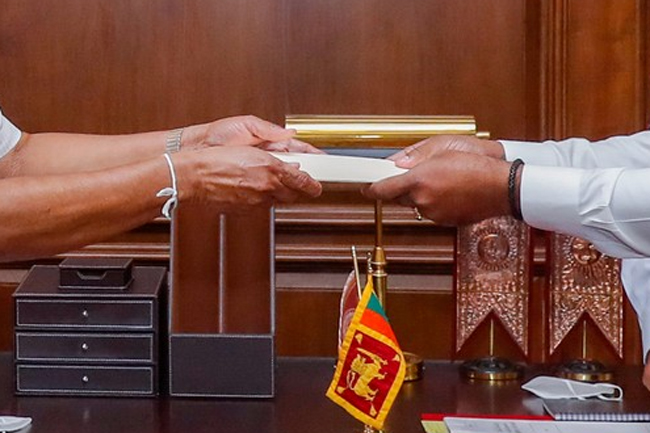 Four MPs tipped to be appointed ministers in new Cabinet

Four parliamentarians including Dinesh Gunawardena and Prof. G.L. Peiris are tipped to be appointed as ministers in the new Cabinet expected to be formed by the President, Ada Derana learns.

The new Cabinet will be limited to 20 ministers including the President and the Prime Ministers, according to political sources.

As per reports, MP Dinesh Gunawardena is expected to be sworn in as the Minister of Public Administration, Home Affairs, Provincial Councils and Local Government.

Further, the Leader of the House position is to be given to MP Gunawardena and the Chief Government Whip position to MP Ranatunga.

Reportedly, deputy ministers are to be appointed to ministries with a large number of institutions under their purview.

Political sources further revealed that the new Cabinet would be appointed before the parliament convenes again on the 17th of May.

The general secretary of the party, Sagara Kariyawasam said the SLPP would render its utmost support to rebuild the country’s economy while safeguarding the autonomy of the party.