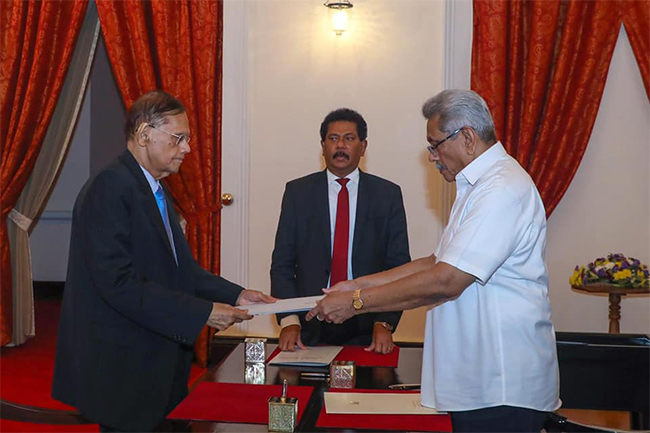 President Gotabaya Rajapaksa appointed four new Cabinet ministers today (May 14) to maintain the affairs of the Parliament and other functions of the country legitimately and stably until a full Cabinet is appointed.

The swearing-in ceremony took place at the President’s House in Colombo this afternoon.

According to the President’s Media Division (PMD), the following parliamentarians were sworn in before the President: