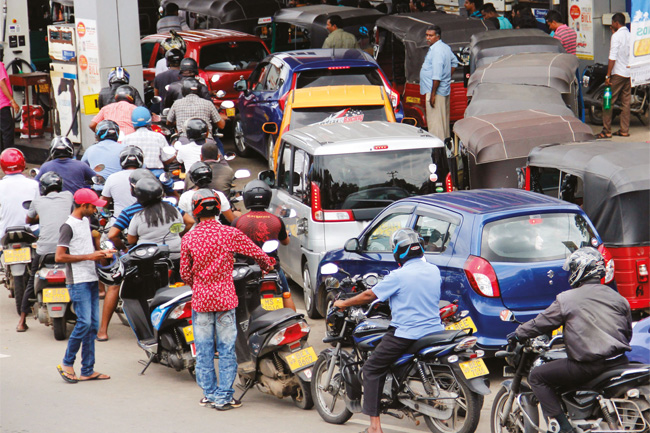 Minister of Power and Energy Kanchana Wijesekara has requested the general public to refrain from waiting in queues to obtain petrol as supplies are unavailable today and tomorrow (May 19 and 20).

Giving an update on the fuel stocks available in the country during today’s parliamentary session, the lawmaker pledged to resolve the issue this weekend.

However, diesel will be supplied continuously as sufficient stocks are available, Minister Wijesekara said further.

However, there is an issue regarding the availability of petrol volumes, the minister noted adding that a vessel carrying a petrol consignment has been docked in Sri Lankan waters since late March, but the shipment could not be cleared owing to the US dollar shortage in the country. There is also a payment of USD 53 million due for the same vessel for a previous shipment delivered in January 2022, he continued.

According to Minister, Wijesekara, the relevant company had refused to release the vessel until both payments are settled. Following a written assurance by the Central Bank of Sri Lanka to make the payment for the previous shipment within 15 days from August, the said company agreed to release the vessel after the due payment is settled, he explained.

The lawmaker stated that the ministry is yet to find funds to make this payment. “We are however working on getting the shipment released either today or tomorrow.”

“This is why we requested people not to wait in queues for petrol as the distribution process is being carried out with very limited stocks,” the minister said adding that petrol stocks need to be supplied for essential services, especially ambulances at the moment.

“We apologize for this [situation]. We understand that three-wheelers operate with daily fuel purchases. However, we urge the general public not to wait in queues today and tomorrow.”

The minister noted that it would take at least three days to complete petrol distribution to all filling stations.