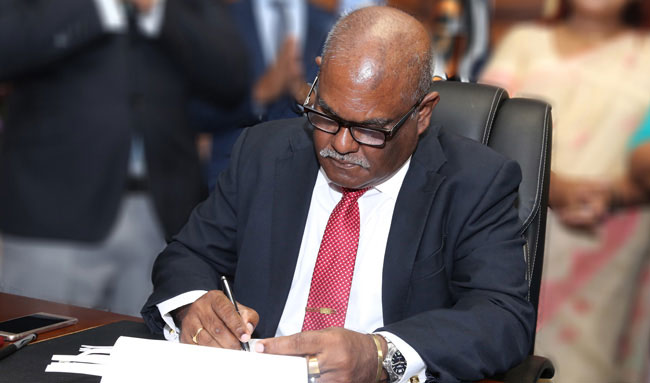 The Secretary to the Ministry of Public Security had been summoned to give a statement in connection with the incidents of violence on May 09 at Galle Face and Kollupitiya.

He has said that the IGP and the Secretary to the Public Security Ministry were responsible for the violence at Kollupitiya and Fort police areas which triggered violence in many parts of the country.

He claimed that it was them who had instructed Senior DIG Western Province Deshabandu Tennakoon not to fire tear gas and water cannons to disperse the SLPP supporters who had attacked the peaceful protesters.

Meanwhile the Inspector-General of Police C.D. Wickramaratne had also recorded a statement with the CID for nearly five hours on Saturday (21) regarding the incidents.