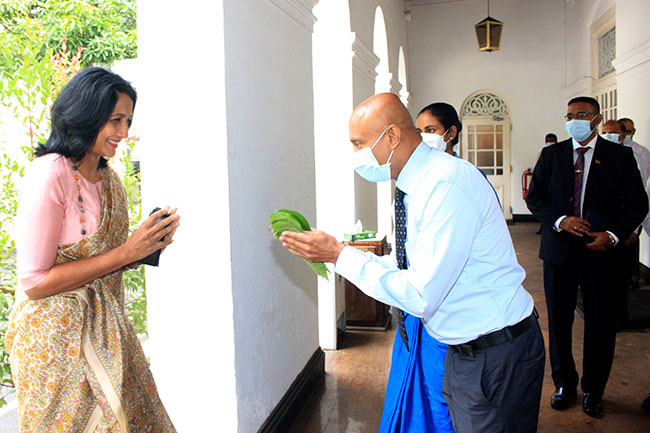 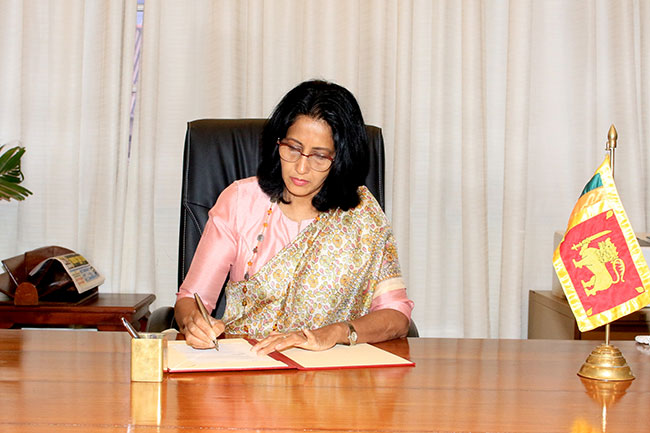 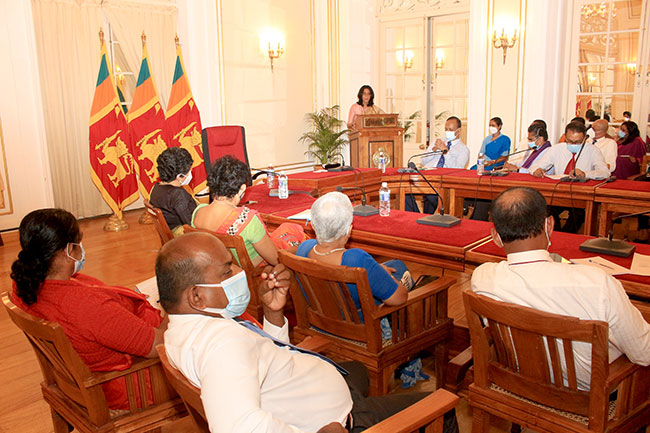 The new Secretary to the Ministry of Foreign Affairs, Aruni Wijewardane assumed duties at the Foreign Ministry on Monday (May 23).

She was appointed as the Secretary with effect from May 20, 2022.

After a simple ceremony following the assumption of duties, Foreign Secretary Wijewardane addressed the staff officers of the Ministry, a statement said.

A Member of the Sri Lanka Foreign Service, Foreign Secretary Wijewardane counts 34 years in the Foreign Service and has held many positions in the Ministry of Foreign Affairs in Colombo, at Sri Lanka Missions overseas and in international organizations.

Her service overseas includes the Sri Lanka Permanent Mission to the UN in Geneva, Sri Lanka High Commission in Malaysia and the Sri Lanka Embassy in the Philippines.

She also served as the Ambassador of Sri Lanka to Austria and the Permanent Representative to UN Organizations in Vienna.

On secondment from the Foreign Ministry, Aruni Wijewardane also served as the Director of the Secretariat of the policy making organs of the International Atomic Energy Agency (IAEA) in Vienna.