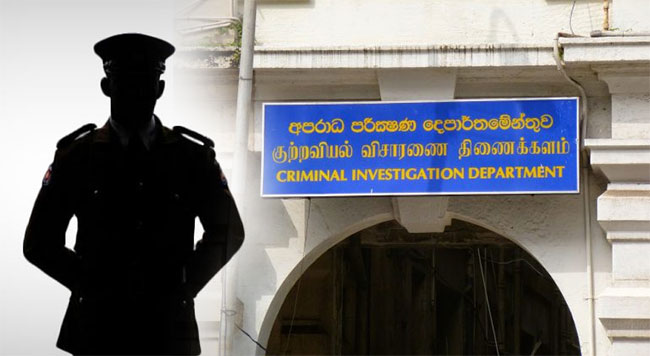 DIG in charge of CID transferred

The Deputy Inspector General of Police (DIG) in charge of the Criminal Investigations Department (CID) has reportedly been transferred.

It is reported that the Minister of Public Security has accepted the request for a transfer made by the DIG of the CID W. Thilakaratne.

The request had been made around two weeks ago while he has been transferred to the VIP Security Division.

Meanwhile it is also reported that the DIG in charge of Nuwara Eliya, Prasad Ranasinghe is to be appointed as new DIG of the Criminal Investigation Department (CID).